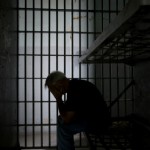 Owning or having signature authority over an offshore account isn’t illegal but failing to tell Uncle Sam about it can land you in prison. During the last several years, almost 200 people have been prosecuted for failure to file an FBAR form. Short for Report of Foreign Bank and Financial Accounts, the willful failure to file an FBAR is punishable by up to 5 years in prison.

Last week, Georges Briquet pleaded guilty to obstructing the IRS. Prosecutors say he had unreported accounts at Swiss banks Clariden Leu and UBS. Clariden Leu was a subsidiary of Credit Suisse AG. According to the Justice Department’s Tax Division, Briquet moved to the United States and later acquired citizenship here.

It appears a plea agreement was in place allowing Briquet to plead guilty to the lesser charge of obstruction, which is punishable by 3 years in prison. If the prosecutors’ allegations are true, he could have been charged with several counts of failure to file FBAR forms as well as charges of filing false tax returns.

A prepared statement by the Justice Department claims that Briquet was audited and lied to the IRS revenue agent about his Swiss accounts. Later he would repeat those same lies to a criminal division special agent.

Most people caught with unreported offshore accounts are not criminally prosecuted. The IRS estimates that millions of Americans, expats, green card holders and dual nationals have failed to file FBAR forms yet only a few are prosecuted. What makes this case unique, however, are the lies that Briquet apparently made at different times to the IRS. That conduct earned him a felony obstruction charge and possibly three years in prison.

For most folks with unreported accounts, the biggest dangers are civil penalties but those penalties can be huge. The IRS routinely hands out penalties of 50% of the highest historical account balance. Sometimes, the IRS even imposes the penalties for more than one year meaning your entire account can be wiped out.

The IRS has been selectively prosecuting taxpayers across the United States hoping that the publicity will convince people to come forward. Their strategy seems to be working. Since 2009, over 50,000 taxpayers have participated in the IRS various Offshore Voluntary Disclosure Programs (amnesty). Untold thousands more have come into compliance by making quiet disclosures.

If you have an unreported foreign account, time is quickly running out to come into compliance. If all taxes have been paid and the only violation is a failure to file an FBAR, it may be possible to avoid all penalties. For other taxpayers, one of the amnesty programs may be a better fit. Doing nothing, however, is not an option.

Need more information? Contact attorney Bethany Canfield at or by telephone at (414) 223-0464. Most services are available worldwide and can be handled for a flat fee. Initial consultations are without charge. All inquiries protected by the attorney-client privilege and kept in complete confidence.

Belviq, the brand name for Lorcaserin, has been withdrawn from the U.S. market after repeated fears about its links to … END_OF_DOCUMENT_TOKEN_TO_BE_REPLACED