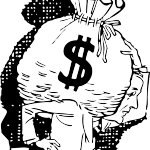 For years we have been posting stories about America’s Medicare fraud problem. Every time we bring a new False Claims Act (whistleblower) case against some wrongdoer, we wonder if the cases will dry up. After all, most rational people would stop committing crimes once they saw the jail sentences and fines being levied by the courts and Justice Department. Unfortunately, Medicare fraud appears worse than ever. This is especially true in certain cities like Miami, Houston, Detroit and Philadelphia.

If you don’t believe us, NBC News just reported that Medicare fraud has become an “epidemic” in Philadelphia. And where does much of the fraud take place? It’s with false and inflated claims made by ambulance services. WHYY Philadelphia reports that since 2011, 30 fraud suspects with ties to 8 different ambulance services have been arrested. This doesn’t include federal False Claims Act civil cases that remain under seal while being investigated by the government.

According to a story aired earlier this month, an investigator from the Department of Health and Human Services is quoted as saying, “We’ve seized bank accounts, ambulances, assets; we want to ride these people out of town and just leave the honest providers to provide needed, valuable services.” Medicare has called in the FBI for help.

After reading the NBC story, we pulled some of the complaints and read the releases from U.S. Attorney Zane Memeger. The Philly scams typically involve patient recruiters and dialysis patients. Patient recruiters visit nursing homes and dialysis centers and try to convince patients to accept rides to their appointments by ambulance. The recruiter receives a fee from the ambulance company and often slips the patient a few bucks.

If it sounds like a victimless crime, the truth is anything but. Taxpayers pay an average of $400 per ride for a dialysis patient transported by ambulance. Since most patients must receive dialysis three times per week, that adds up to $62,400 per year! And since Medicare is funded with tax dollars that means everyone suffers.

Anytime a clinic or healthcare provider resorts to “patient recruiters,” chances are high that Medicare fraud is the reason.

Last month, Medicare claimed it has begun to see a slowdown on healthcare fraud in Philadelphia. The cost has been huge, however. Since January 2014, Medicare has been implementing moratoriums on registering new providers in many cities including Philadelphia. That means legitimate providers can’t even offer their services because the feds are too swamped chasing fraudulent claims. Unfortunately this means that some patients are not receiving the life saving care they need.

The best weapons against Medicare fraud are whistleblowers. They have become the new American heroes, ordinary men and women who stand up against greed, fraud and corruption. Thankfully, the False Claims Act provides for triple damages, penalties of up to $11,000 for each false bill submitted and a generous awards provision that gives whistleblowers up to 30% of whatever the government collects.

To become a whistleblower, one needs original source or inside information of Medicare fraud. That means most whistleblowers are current or former employees of the wrongdoer. To claim an award, one must first file a lawsuit under seal in federal court. Simply calling a hotline does not get you an award!