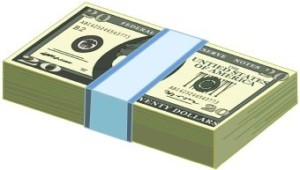 Here is a great Christmas story! A reimbursement manager and a sales manager, each former employees of Kyphon, Inc., will split receive an additional whistleblower award of almost $5 million. The two men, Craig Patrick of Hudson, Wisconsin and Charles Bates of Birmingham, Alabama, were awarded $4.75 million for their efforts in alerting the government about a massive – and possibly dangerous – Medicare fraud scheme. Better yet, this is not the first award received by the two men.

Receiving an award for stopping fraud and perhaps saving lives is a story worth repeating.

The case began in 2005 when Patrick and Bates filed a whistleblower complaint in Buffalo, New York. They claimed that Medtronic Spine LLC, then known as Kyphon, Inc, was helping hospitals commit Medicare fraud by keeping patients overnight for what was considered a safe, outpatient procedure.

According to the original complaint, Kyphon manufactured a system to stabilize spinal fractures. The procedure, called kyphoplasty, involves a cutting into the fractured bone. Next a balloon is inserted and inflated causing the collapsed vertebra to return to its normal position. The surgeon then injects cement to stabilize the site and prevent further collapse.

Kyphoplasty was developed by Kyphon and is used to treat osteoporosis, a disease in which bones become brittle and subject to fractures.

Kyphoplasty is a patented procedure meaning the company has no direct competitors. The two whistleblowers in this case claim that the company was committing Medicare fraud by convincing hospitals and doctors that the procedure should be done on an inpatient basis.

They claim that a physician from St. Luke’s Hospital in Milwaukee was paid by the company to be a speaker and advocate for inpatient treatment. That doctor, Paul Minor, allegedly told a group of radiologists that patients were kept overnight simply to collect more Medicare reimbursement.

The company makes money, the doctors make money, the hospitals make money. Taxpayers, of course, are footing the bill since Medicare is paid with tax dollars. Patients are also at an increased risk of infection by spending the night in a hospital.

The two claim that the company went so far as to provide training for hospital billing staff. According to court documents, “Kyphon sales representatives and reimbursement managers visited with hospital coders to explain how they needed to bill these procedures for maximum reimbursement… sales representatives were instructed to tell doctors to make sure to find and document other co-morbidities [complications]… and make more money for the hospital.”

Their suit against the company was resolved in 2008 when Medtronic Spine agreed to pay $75 million to settle the case. The two men received their first award back then but the case was far from over.

Hospitals are guilty of Medicare fraud if they perform medically unnecessary procedures. We will assume that the patients requiring the kyphoplasty really needed those surgeries but they didn’t need to be in hospitals. For most patients, the procedure can and should be done on an outpatient basis.

Think of getting a tooth pulled or cavity fixed. Do most patients need to spend a night in a hospital for that? Of course not. Because kyphoplasty was new and novel, both the company and many hospitals thought they could get away with inconveniencing patients with an expensive hospital stay.

Earlier this month the Justice Department settled with a number of hospitals for performing unnecessary inpatient kyphoplastic procedures. 32 hospitals agreed to pay a total of $28 million to settle Medicare fraud charges. For their efforts, the two original whistleblowers will receive an additional $4.75 million.

The 32 hospitals settling are in addition to 98 hospitals that previously settled. The total settlements are now almost $200 million. The hospitals in the current round of settlements include:

“As has been shown throughout this successful investigation, we will never allow hospitals to put profits ahead of patients. Decisions regarding potential procedures should be made using sound medical judgment only, not with an eye toward increasing Medicare reimbursements. The public should be assured that any hospital involved in improper kyphoplasty billing will be held accountable for its actions.”

None of the hospitals were required to admit wrongdoing nor was Kyphon. At least one hospital released a statement blaming Medicare for having “unclear rules.”

Under the False Claims Act, whistleblowers such as Patrick and Bates are entitled to receive up to 30% of whatever the government collects.

Passed during the Civil War, the False Claims Act empowers ordinary citizens to file lawsuits on behalf of the United States. To file a claim, one must have original source (inside) information about fraud involving a government program or funds. Since Medicare relies on tax dollars, Medicare fraud claims qualify for awards.

Claims are filed under seal meaning they are secret while the government investigates.

In recent years, whistleblowers have helped the government recover over $17 billion in Medicare fraud cases. This amount doesn’t include Medicaid fraud involving state tax dollars. In 2014, the Justice Department paid out $435 million in award monies to whistleblowers. Our clients received $100 million of that. The awards are real.

Interested in becoming a whistleblower? Visit our Medicare fraud information page or better yet, contact us. The author of this post can be reached at or by telephone at (414) 704-6731 (direct). All inquiries kept strictly confidential.