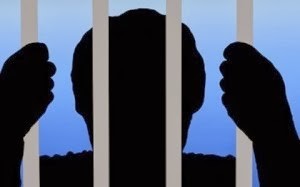 [Updated June 2019] A psychiatrist from San Angelo, Texas will be spending the next several Christmas’ in prison. A federal judge in Amarillo sentenced him to 71 months in prison for Medicare fraud. His crime? Billing for patient visits even though the patients were dead or had been discharged!

Dr. Robert Hadley Gross was sentenced this week to 5 years, 11 months in prison plus must pay $1.8 million when released. Earlier this year he pleaded guilty to a single count of Medicare fraud.

According to his indictment, Gross was routinely billing both Medicare and Medicaid for visits even though he never saw or treated the patients. Often, the patients had died or had been already been discharged from the facility where he allegedly saw them.

Gross evidently thought he had figured out the perfect scam. Because his patients were either foster kids or nursing home patients suffering from retardation or developmental disabilities, the chance of getting turned by a patient was remote. He was wrong!

[Updated content] Gross has been in custody since his arrest last fall. Most Medicare fraud defendants are released on bail. Not Gross. Prosecutors argued that he fled the U.S. after a previous indictment in 1996! His crimes back then? You guessed it! Medicare fraud. For that crime he was sentenced in 2004 to one year and a day in prison. By adding the extra day, that allowed Gross to be eligible for early release when he served 85% of his sentence. He also received a concurrent sentence of 18o days for not turning over subpoenaed medical records.

The story of Dr. Gross’ flight and subsequent capture are worth telling.

Bad Doctor Database, a tumblr site, did an investigative piece on Dr. Gross. He apparently decided to flea after being arrested for contempt of court. Prosecutors say that Gross was refusing to turn over records needed for their investigation. Although Gross ultimately did provide some documents, he either provided too little or was too late or both.

Gross was charged with contempt.

While being booked, he was escorted to the marshal’s office to be photographed, fingerprinted, and jailed until he could post bond. The lead FBI agent on the criminal case allegedly grabbed Gross’ testicles while frisking him and snickered.

According to the story,

“That night, when Gross got home, he was crying and raving like a madman. Neither his wife nor his father, a former college professor visiting from England, could console him. After his encounter with Moore, Gross says, something snapped. He could no longer handle the pressure of the four-year intensive investigation and what he believed was the government’s intention to get him by the balls any way it could.

“It was then, he says, that he decided to flee.”

Would an innocent man free? And why would we spend months fighting extradition once caught in England?

Gross says he was the fall guy for a much larger hospital’s healthcare fraud scam. Because he fled, others were able to set him and get more favorable plea deals.

On the current charges, Gross received 71 months of prison plus almost $2 million in restitution. The government also forfeited $2 million of property owned by Gross that they say was acquired with proceeds from his crime.

Whether you believe Gross’ claims or not that he was set up by the FBI and a fall guy for what many other physicians were doing, he is today a convicted felon. Instead of helping patients, Gross apparently used his license to practice medicine as a license to steal from taxpayers.

Medicare and Medicaid fraud have reached epidemic levels. The FBI believes that taxpayers lose billions of dollars each year to fraudsters like Gross. How do most get caught? Whistleblowers!

Whistleblowers have become the new American heroes. Tired of seeing millions of dollars wasted, a few concerned physicians, billing specialists and hospital workers are blowing the whistle on Medicare fraud.

Although Gross was primarily accused of billing for services never performed, sometimes Medicare fraud has a much darker side. We have seen many cases where physicians bill for medically unnecessary services. There are a few really bad apples that willing perform dangerous surgeries or chemo treatments simply to collect Medicare money.

In 2002 he was suspended by the board and ordered to remain under suspension until he returned to Texas to take care of his legal problems.

In 2004, his license was revoked, however the revocation was suspended for 12 years of probation and a psychiatric evaluation. That’s pretty scary when your psychiatrist’s own sanity is called into question.

Under the federal False Claims Act, whistleblowers who report Medicare fraud can collect up to 30% of whatever the government collects from the wrongdoers. To qualify, one generally must be the first to report and must have inside information about the fraud or scheme.

To collect an award, whistleblowers must file a complaint in federal court. Calling a toll free hotline does not qualify you for a large award.

In 2014, the Justice Department handed out $435 million in awards. (Our clients have received over $100 million – the awards are real!)

Interested in becoming a whistleblower? Call us confidentially and we can help you determine if you qualify. For more information, contact attorney Brian Mahany at or by telephone at (414) 704-6731 (direct). You can also visit our Medicare fraud information page.

Five men are behind bars after being convicted of blatant fraud against taxpayers and the United States. According to court … END_OF_DOCUMENT_TOKEN_TO_BE_REPLACED