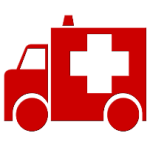 The Justice Department and the Centers for Medicare and Medicaid Services (“CMS”) have been scrutinizing ambulance companies for several years now. The FBI already says that America’s Medicare fraud problem has become an epidemic. Nowhere is that more evident than with ambulance companies. Many are billing Medicare for medically unnecessary ambulance services and coding routine runs as if they were critical care advanced life support transports. Ultimately, taxpayers foot the bill for these crimes.

By 2014, things became so bad that CMS had to enact a moratorium on licensing new ambulance services in Houston and Philadelphia. Some shady operators steal as much as they can from Medicare and then just open a new company when the old one gets shut down. In these cities, Medicare fraud is so rampant that auditors can’t even keep up with audits of the existing ambulance services.

In response to these abusive tactics, the Justice Department has stepped up its own game. Now prosecutors are charging the owners of ambulance companies involved in Medicare fraud criminally. Instead of a fine they now face prison.

Why the hospitals? Because they frequently signed the medical necessity paperwork that authorized transportation by ambulance and frequently used private ambulance companies as glorified taxi services in order to free up beds and make room for new patients. If someone can’t get a ride and is taking up a bed, some hospitals will use an ambulance (at taxpayer expense) to get them home.

On its face, it doesn’t seem like Regent’s arrangement was all that bad. In practice, however, Regent was signing medical necessity forms so that ambulance companies that did them favors could transport patients at Medicare rates. Illegal kickback arrangements invariably lead to medically unnecessary services and higher costs.

Regent Management was not required to admit any wrongdoing in the settlement and there is no allegation that the quality of patient care was affected.

Kickbacks for referrals violate federal law. As this case shows, the kickback need not be in cash to be considered illegal.

Medicare requires that patient care decisions be based on the needs of the patient and not on who is willing to pay bribes or kickbacks. This is at least the third case in recent months involving referral and kickback schemes between hospitals, nursing homes and ambulance companies. (We are also aware that some dialysis clinics sign medical necessity forms as a “convenience” for patients who don’t want to drive for their twice weekly appointments. These patients go to and from appointments by ambulance instead of driving or taxi.)

In announcing the settlement with Regent Management, a Health and Human Services spokesperson said, “This settlement sends a message to the health care industry that both sides of a swapping arrangement can be held responsible for their improper actions, not just the entity that actually bills Medicare or Medicaid for the services.”

Reporting fraud to a hotline doesn’t qualify you for an award. To earn an award you must file a sealed complaint in court, have inside knowledge of the fraud and generally be the first to file.

Need more information? Visit our Medicare / Medicaid fraud information or our ambulance EMS fraud pages. We have several more stories on ambulance Medicare fraud too; use the search feature on our blog and search the term “ambulance.” Ready to see if you qualify for an award? Contact us online, by email or by phone 414-704-6731 (direct). All inquiries are kept confidential. Cases accepted nationwide.