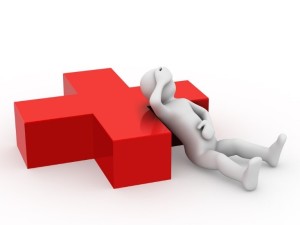 Last week lawyers for Medco Health Solutions asked a federal judge to toss a whistleblower suit brought by a former employee. Filed as a False Claims Act suit, the company seeks to have the complaint dismissed on technical grounds.

Paul Denis was a Vice President of Medco. As a senior executive and officer of the company, he was in charge of the company’s pharmaceutical contracting group. Medco is a pharmacy benefit company. In 2012 the company merged with Express Scripts Holding Company.

According to the complaint, Denis claims that Medco defrauded both Medicare and Medicaid by hiding discounts it received on drugs manufactured by AstraZeneca. Federal and state law generally requires Medicare and Medicaid to get the best prices on prescription drugs. Since both programs are supported with tax dollars, Congress wants to insure that all discounts are passed along to the government.

Denis says that Medco negotiated discounts and rebates from AstraZeneca but never passed them along to the government. In essence, they pocketed the rebates.

Medco isn’t asking the court to dismiss the case on the merits (although they have denied all wrongdoing). Instead, the company claims that Denis isn’t an original source of information and therefore cannot act as a whistleblower.

The False Claims Act was passed during the Civil War and has been amended several times. Generally one must have inside knowledge of the fraud that is the subject of the complaint. A person with inside knowledge is called an “original source.”

Congress wants to prevent people from profiting from public information. For example, I can’t use information heard on the news as the basis for a whistleblower complaint. Instead, Congress wants only to award those who step forward and possess some independent knowledge of the fraud.

Is Denis an original source? Medco says no but that is up to a court to decide. Even if he is disqualified from qualifying for an award, the government can still punish Medco for any wrongdoing that may later be found.

Medco’s defense raises some interesting issues. They say that Denis’ allegations of wrongdoing were already the subject of a different fraud claim. Denis says that the prior fraud claims are different.

We encountered a similar situation with our record breaking $16.65 billion Bank of America False Claims Act suit last year. Even though only the first person to file generally gets the award, in that case three whistleblowers shared in over $160 million of award money.

How is that possible? Each was an “original source” and each had different information.

The larger the company, the more often there can be multiple sources of different information. As for Medco, prior to its merger with Express Scripts it was still a huge company with over $70 billion in annual revenues.

Medco is sparing no expense its defense. It has hired Williams & Connolly, the same law firm that represented Bank of America last year. The case is far from over and at this point, Denis’ claims are only allegations.

What are the take homes from this case for a would-be whistleblower? First, don’t waste time. Even if you are an original source of information you still could lose out on any award money if you are not first to file. Calling a hotline doesn’t get you an award. You must file a complaint in federal court.

Second, get a great whistleblower lawyer.

Whistleblower lawyers charge on a contingent or “success” fee basis. Even though you aren’t paying an hourly rate for a lawyer, his or her experience could be the difference between a $1 million recovery and one for $10 million.