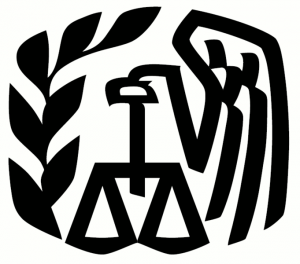 The victims of Bernie Madoff lost billions of dollars. To lose that kind of money you first have to have money. And people who have money usually can afford lawyers. We have seen lawsuits against banks, accountants, hedge funds… anyone connected with Bernie Madoff Securities has probably been sued.

The lawsuit brought by the estate of the late Gladys Luria, however, is a first. Her heirs are suing the IRS for a tax refund.  When you hear the story, it makes perfect sense.

Gladys Luria died in 2005 at the age of 96. At the time of her death she was supposedly worth $32 million. I say “supposedly” because her worth was mostly based on her account with Bernie Madoff. Three years later in December of 2008, Madoff’s massive Ponzi scheme would be uncovered when one of his son’s went to authorities.

Unfortunately for Gladys’ heirs, the estate paid $10 million in estate taxes based largely on the false value of her Madoff account.

Madoff and Gladys were so close that she had named him and his brother Peter Madoff executor of her estate before she died. Press reports say that Bernie Madoff as executor actually prepared the estate tax return.

According to the lawsuit filed in federal court, “The value of the accounts at the date of Gladys Luria’s death was in fact zero, because the accounts had no securities in them… [Madoff] knowingly filed a false [tax] return to cover up his criminal Ponzi scheme.”

Based on her real net worth at the time of death, Gladys’ family claims that her estate is due a $7.4 million tax refund.

When the IRS refuses to issue a tax refund, taxpayers have the right to file a lawsuit in the U.S. Court of Claims in Washington, D.C. Taxpayers can also sue for a refund if the IRS delays is making a formal determination of their refund request.

If you were improperly denied a tax refund, give us a call right away. There are very specific procedures that must be followed along with certain time limitations.

For more information, contact attorney Beth Canfield at or by telephone at (414) 223-0464. IRS services provided worldwide. All inquiries protected by the attorney – client privilege and kept strictly confidential.