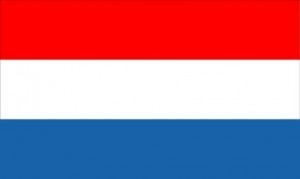 Luxembourg has long been a bastion of bank secrecy. While most folks think of the Cayman Islands or Switzerland when it comes to secret numbered accounts, there have been many other countries with long private banking traditions; countries such as Liechtenstein, Luxembourg and Monaco. While continuing to embrace its burgeoning financial services industry, Luxembourg’s finance minister told CNBC that banks’ participation in tax evasion was unacceptable.

Minister Pierre Gramegna said that his country had replaced tax secrecy with tax transparency. “So things are changing and that’s why the government in Luxembourg… the new government, has decided to go on a new road which is embarking towards tax transparency… We are very serious about looking at it,” he said.

During the interview, Gramegna specifically address the recent HSBC scandal and was quite critical of the bank’s management. HSBC was recently accused of helping customers in its Swiss banking unit of evading U.S. taxes.

As part of the 2010 FATCA legislation, this year thousands of banks worldwide will begin to review and report account holders with ties to the United States. Short for the Foreign Account Tax Compliance Act, FATCA requires banks to examine their account base and determine whether account owners or signatories are U.S. citizens or taxpayers.

Luxembourg signed a FATCA treaty with the United States in March of 2014.

Although originally met with resistance by some nations and many privacy advocates, FATCA has caught on with governments worldwide looking to increase revenues without increasing taxes. The OECD group of nations now endorses a global FATCA type tax information exchange regime. Although not addressing FATCA or the OECD model directly, Gramegna said, “The international system is being reviewed so that we have fairer taxation everywhere…If we have that, we’ll have a framework that everyone can accept.”

Luxembourg banks have been given until June 30th to turn over the account information. Under the FATCA agreement negotiated by the two countries, the tax authority in Luxembourg will turn the information over to the IRS instead of the banks doing so directly.

U.S taxpayers (citizens, expats, dual nationals and green card holders) with unreported foreign accounts are running out of time to comply. The penalties for failure to file an FBAR form (Report of Foreign Bank and Financial Accounts) are severe. In willful cases, the penalties can include 5 years in prison and the civil penalties are up to the greater of $100,000 per account or 50% of the highest historical account balance.

The IRS has some amnesty and streamlined reporting options available and there are opt out options for those taxpayers who can demonstrate their failure to report were not intentional. Many of these options are off the table, however, once the IRS learns of your account or issues a subpoena to your bank.

Need more information about FATCA, FBARs and offshore reporting? Give us a call. Our IRS tax lawyers can help anywhere in the world. Most services can be handled for a reasonable flat fee. For more information, contact attorney Bethany Canfield at or by telephone at (414) 223-0464. All inquiries protected by the attorney – client privilege. No fee for initial consultations.

Below is our latest investor fraud video, this one on GPB Capital. A full transcript follows along with a link to our GPB … END_OF_DOCUMENT_TOKEN_TO_BE_REPLACED