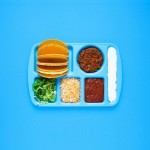 Everybody appreciates a long, leisurely lunch break. Those breaks are even better if you are getting paid for them. Unfortunately, Boeing was billing Uncle Sam for those lunches and charging the time as if workers were actually working. A former Boeing worker brought the illegal practice to light after filing a federal False Claims Act lawsuit.

According to materials released by the Justice Department, James Webb was employed at Boeing in their Long Beach, California depot center. That facility repairs and maintains U.S. Air Force C-17 “Globemaster” cargo planes. Under Boeing’s contracts, the government should only be billed for time when Boeing mechanics are actually working on Air Force planes. Webb said, however, that Boeing continued to bill for workers while at lunch or on extended breaks.

Those long lunches apparently added up quickly. The government and Boeing settled on an $18 million penalty.

Under the False Claims Act, a whistleblower with inside information about fraud involving a government contract or program can receive an award for bringing suit on the government’s behalf. The award is a percentage of the government’s recovery and varies between 15% and 30%.

The amount of the awards can quickly add up because the False Claims Act entitles the government to both triple damages and an additional penalty of up to $11,000 for each false bill or claim submitted for payment.

The court’s docket remains sealed but we estimate that Webb will receive an award of approximately $3 million to $3.6 million.

Boeing claims they immediately fixed the problem after the suit was filed. How the company didn’t know it was charging meal breaks as time worked is puzzling. This is especially so since Boeing is no stranger to False Claims Act lawsuits and whistleblower complaints.

We suspect that other government contractors who are paid by the hour are also padding their bills. Whistleblowers who report the fraud are eligible for large awards. The multi million dollar award being paid to James Webb is not an aberration. Last year the Justice Department paid out over $635 million in award monies.

Not only do whistleblowers receive awards, they serve an important purpose in society. When the government is ripped off or overcharged, it is actually taxpayers that pay the tab. Dishonest companies that cheat the system also squeeze out legitimate businesses that are looking for work.

If you are aware of fraud involving a government program or project, give us a call. All inquiries are kept strictly confidential. For more information, contact attorney Brian Mahany at or by telephone at (414) 704-6731 (direct). Are you an aviation industry professional? Visit our aviation industry whistleblower information page.