Afraid of the Dentist? This Medicaid Fraud Story Will Really Scare You!

[Updated June 2019] Because we are fraud recovery and whistleblower lawyers, we see losers and lowlifes every day, especially in Medicare fraud cases. People like Dr. Farid Fatah convicted of giving people dangerous cancer drugs even though they didn’t have cancer. At least one patient reportedly died as a result of complications.

Today we have a new contender for the loser of the year award, Dr. Howard Schneider of Jacksonville, Florida. His alleged crime? Pulling teeth from kids even though they didn’t need tooth extractions. Why would someone do such a thing? Because Medicaid paid him per tooth.

A Facebook photo of the girl who had all her teeth removed went viral and has now prompted a Medicaid fraud investigation from the Florida Attorney General. (Since Medicaid is a state funded program, the state and not the FBI do most investigations.)

We are very careful to point out that Dr. Schneider has not been convicted of anything nor have any of the recent claims by parents been litigated. Before posting this story we also checked state licensing records; Dr. Schneider is still licensed.

Is Dr. Schneider a criminal (Medicaid fraud is a crime)? A really bad dentist? Or the victim of angry parents of toothless kids? That conclusion will likely be played out in the courtroom. 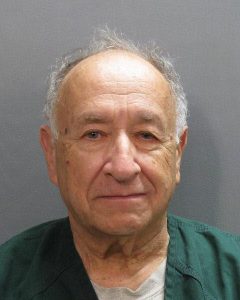 UPDATE: Charges Against Dr. Howard Schneider Were Dropped after He Was Found Not Competent to Stand Trial!

Update: In a shocking new development, charges were dropped against Dr. Howard Schneider in February 2018. Prosecutors say that his deteriorating mental and physical condition made prosecution impossible. The state dropped the charges without prejudice meaning they can prosecute at a later date if his condition improves.

“A defendant is incompetent to proceed within the meaning of this chapter if the defendant does not have sufficient present ability to consult with her or his lawyer with a reasonable degree of rational understanding or if the defendant has no rational, as well as factual, understanding of the proceedings against her or him. … If competency is restored, defendants return to court and criminal case proceedings resume.”

Prosecutors agreed that Scheider wasn’t legally competent but that didn’t sit well with parents who remain upset at the decision to drop charges.

After our story broke in September of 2015, parents began protesting outside Schneider’s office on a daily basis. In November 2015, the state charged him with 11 counts of Medicaid fraud. In just a few years he had collected $4 million from the taxpayer funded program.

Parents of his pediatric patients say he performed medically unnecessary surgeries and extractions. One parent said her child went in to have one tooth removed and emerged from the office with eight front teeth removed. Prosecutors say he was often billing for procedures that were not even performed. Both are considered Medicaid fraud.

A year later in 2016 as the protests continued, Howard Schneider surrendered his license to practice dentistry.

Four medical doctors opined that Schenider was suffering from dementia and was not competent to stand trial. Obviously, that suggests he should not have been treating little kids either. He was 79 years old at the time of his arrest.

We worry about little kids who have no voice. Assuming the allegations are true, if this conduct involved adults, someone would have blown the whistle on this a long ago. With kids, the elderly and those who suffer certain disabilities, the victims are often unable to report such horrific conduct. Many of the parents probably suspected something was amiss but it’s hard to second a guess a dentist with 8 years of specialized college training. Because Medicaid is a low-income health insurance program, we also suspect that many of the parents didn’t have ready access to legal help.

Physicians, billing clerks, dentists, dental assistants and other healthcare professionals who report Medicaid fraud are eligible for awards in many states. Just over half the states, including Florida, have a Medicaid fraud False Claims Act statute that pays whistleblowers who come forward with inside information about fraud involving state healthcare programs. (The federal government has a similar program for Medicare fraud.)

Most of our whistleblower clients come forward out of a sense of outrage or concern. This is especially true in Medicare and Medicaid fraud cases. Receiving an award, however, is an added incentive.

Be Wary of Medicaid Fraud Hotlines

Many states and Medicare operate toll free fraud hotlines. While these allow anonymous complaints, calling one does not make you eligible for a large whistleblower award. Most states require the filing of a sealed lawsuit in court. Luckily, there are a handful of lawyers that routinely handle these cases and most do not charge unless there is a recovery.

It appears the photo of a frightened little girl on social media brought Dr. Schneider to the attention of authorities. In most cases, however, it is a caring, concerned healthcare worker who first reports this type misconduct.

Last year the federal government paid out $635 million in whistleblower awards, many of those awards coming from Medicare fraud. We don’t have a total of Medicaid fraud awards from the states but it too is in the millions of dollars. Our whistleblower clients have received over $100 million.

If you have information about Medicare or Medicaid fraud or any fraud involving a government program, give us a call. All inquiries are protected by the attorney – client privilege and kept completely confidential.