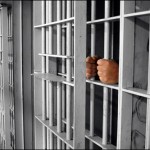 Uncle Sam has become quite adept at ferreting out foreign bank accounts. Get caught with an unreported offshore account and you could even wind up in prison. One man in Kentucky thought he could outsmart the IRS by hiding his money in a Swiss account. Today that man, Peter Canale, is awaiting his fate when sentenced this December. Canale, age 62, is facing 5 years in prison.

Tragically, Canale’s tale is a family affair. His brother, Michael, pleaded guilty to similar charges in 2012 and was sentenced to 6 months in prison.

The two bankers from UBS that helped Peter open his Swiss account have also been charged.

Foreign accounts are reported on one’s individual income tax return and on an FBAR, Report of Foreign Bank and Financial Accounts. The willful failure to file an FBAR is a felony punishable by up to 5 years.

The Canales’ tale is a cautionary one for anyone who inherited a foreign bank account. According to court records, Peter and Michael Canale inherited a Swiss bank account when a relative died in 2000.

The indictment claims Singenberger helped Peter Canale open a Swiss account using a sham entities. As noted earlier, the IRS considers nominee entities with no valid business purpose to be an affirmative act of tax evasion.

After his relative’s death, Peter and his brother inherited a substantial sum of money, all of it in an undeclared Swiss account. Without more, the feds would have a tough time proving the brothers willfully concealed the account. There was more, however. Plenty more.

Apparently in a New York hotel room in late 2000 or 2001, Thomann and Singenberger met the Canales and discussed keeping the funds in unreported accounts.

Later Peter would meet again with Singenberger, this time in Miami. There Singenberger helped Peter set up a Liechtenstein foundation and then open an account at Swiss bank Wegelin & Co. [Ed. Note: Wegelin was criminally prosecuted by the Justice Department for helping Americans commit tax evasion. After paying a huge fine, Wegelin shut its doors permanently.]

Within a couple years, Peter and Michael had over $2.5 million in undeclared Swiss accounts.

Although Michael Canale accepted responsibility early on, Peter challenged the indictment. His lawyers claimed that prosecutors waited to long to indictment him. In the alternative, he argued that if the case wasn’t dismissed the case should be transferred to Kentucky where he lives.

Both motions were denied earlier this summer.

Because Peter also failed to report his account on his tax return, prosecutors could also have easily brought additional criminal charges for filing false tax returns.

After losing his bid to dismiss the case, Peter Canale pleaded guilty to a single conspiracy count earlier this month. Although he faces 5 years, his plea agreement purportedly says he will not appeal if he receives a sentence less than 30 months. In addition to any prison time, Canale must also pay the IRS $106,000 in back taxes and a civil penalty of $394,460 (half the highest balance of the account).

UPDATE: In December 2016 Peter Canale was sentenced. The government asked for a sentence of 24 to 30 months, noting that “The victim of
the defendant’s offense is not simply a faceless bureaucracy, but all the honest and hardworking American citizens and residents who go to work each day and pay their fair share of taxes as the law requires of them.

Canale received no jail, however. Instead he was sentenced to 30 months of probation and approximately 2460 hours of community service. At sentencing, the Judge Katherine Forrest indicated she was being lenient on Canale as his father’s will apparently directed him to cheat on his taxes! She said, “No parent should do to their children what your father did to you.”

At any time prior to the criminal investigation, Canale could have come clean and in all likelihood would have avoided prison and being classified as a convicted felon.

The IRS generally operates on a “first contact” policy. If you contact the IRS before they find you, tax evasion and other criminal tax charges can usually be avoided. With the prosecution of Wegelin, the two Swiss financial advisors and his brother, Peter should have long ago seen the handwriting on the wall.

The story of the Canale boys is tragic. Notwithstanding their dying father’s instructions, however, cheating on one’s taxes is still illegal.

The IRS got lucky on Canale but ferreting out every tax cheat is impossible. The IRS simply doesn’t have staff. One of the best tools on the war against tax cheats are whistleblowers, people with inside information about tax cheats.

The IRS Whistleblower Program pays whistleblowers up to 30% of whatever the government collects. With Peter Canale, that could have meant an award in excess of $150,000!

If you have knowledge of someone or a company that is failing to report taxes, intentionally failing to pay taxes, filing bogus tax returns or failing to report foreign accounts, you may be entitled to a cash reward. To learn more, visit our IRS whistleblower page.

Ready to see if you qualify? Contact us online, by email at or by telephone at (202) 800-9791. All inquiries are protected by the attorney – client privilege and kept strictly confidential.