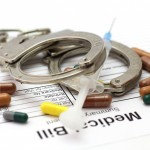 Established in the 1920’s as the Franklin Boulevard Community Hospital, the hospital is a long standing member of Chicago’s medical community. Things changed in 1998 when private interests acquired the hospital. Now owned by Ed Novak, the hospital’s future is in limbo. Novak was sentenced to 54 months in a federal prison. Many others associated with the hospital have also been convicted.

We first reported on Sacred Heart and Novak in February. Until FBI agents and federal prosecutors charged Novak and his cohorts with Medicare fraud, the hospital was a bustling 119-bed facility. By the time the indictments came down, just a handful of patients remained. Now the doors have been closed and the hospital has lost its ability to accept Medicare patients.

At least two families sued Sacred Heart and claimed their loved ones had died because of substandard care and unnecessary surgeries. The Chicago Sun Times described the hospital as a maggot infested substandard facility.

As the case unfolded at trial, the jury heard testimony about the usual badges of Medicare fraud. These include “patient recruiters” who would conduct “free” medical screenings at nursing homes simply to find patients to admit for treatment, treatment that prosecutors say was often invasive and medically unnecessary.

Hospital administrators were also accused of paying kickbacks to physicians who admitted patients. Instead of trying to keep people home using the most effective treatment options, doctors were induced to admit and keep patients hospitalized (often in alleged filthy conditions).

After a lengthy trial, Novak was ultimately convicted. Many of the other 10 co-defendants, including physicians, cut deals with prosecutors and accepted responsibility for their actions early in the process.

Prior to the sentencing, the court heard a recording of Novak, who could be heard saying,

“F— the community. Who gives a sh–? Who cares about the f—— ing community? I mean, why — who gives a sh–? You own the place; you do what you want to do with it. F– them! What are they going to say about it? They don’t support this f—ing hospital anyways. You know people worried about community? Community—f– the community! That’s for those you know non-for-profit religious organizations. I don’t give a sh– about the community”

At one point in the government’s sentencing memorandum, prosecutors quote a conversation between Novak and Anthony Puorro, Sacred Heart’s chief operating officer. The two men were discussing kickbacks to doctors to get more patients:

Novak: Anyway, I’m trying to get some more docs on staff here.

Puorro: I spoke with [Dr. G] yesterday. He told me that there’s a doctor that um, he knows, he says you know him also.

Puorro: [Dr. R]. Right. Gave me his phone number to call. Want me to call him?

Puorro: I don’t even know anything about him. Novak: He’s about ninety years old. He likes to go out with sixteen-year-old girls. He’s a f—ing pig. But he knows how to produce patients.

Puorro: Does he have a big uh, practice?

Novak: But that’s, that’s, he’s a hustler. He’s a scum bucket, but he’s got patients so what the hell, you know.

By paying kickbacks to doctors, Novak was essentially purchasing patients. Unfortunately, many of them were elderly and unable to make informed medical decisions. This isn’t a case of two quality hospitals fighting over the same patient (although bribes and kickbacks would still be illegal.)

Federal sentencing guidelines recommended a minimum sentence of 12 and one half years. This is the same sentence prosecutors sought. Although only advisory, most judges follow the guidelines, especially when a defendant doesn’t take early acceptance of responsibility for his actions.

In stark contrast to the government’s recommendation of a twelve plus year sentence, Novak asked the court for probation and community service. His lawyers claimed that Novak often offered charity care to community residents in need. He also claimed his violations were technical in nature and despite a media frenzy stirred up by prosecutors; Sacred Heart was not a filthy, substandard facility.

Novak also says that allegations that his physicians performed unnecessary surgeries were never proven yet resulted in his reputation being tarnished for life and the closure of the hospital.

Judge Kennelly’s reasons for the 54-month sentence have not been released. Clearly he was swayed by Novak’s arguments, however.

At their essential core, Medicare fraud is about money and greed. Because taxpayers foot the bill for Medicare and Medicaid, defrauding these programs is a federal crime.

Healthcare fraud charges generally carry a maximum sentence of ten years. Judges can enhance the sentence if they believe that the government has proven that the fraud has caused a patient to suffer harm.

In writing our original February story, we spoke with one physician who claimed to be the whistleblower who went to the FBI. While there may have been other whistleblowers, we were glad to see that some folks in the healthcare community were brave enough to come forward and report Medicare fraud and patient abuse.

During the Civil War, Congress and President Lincoln passed the federal False Claims Act, a law that remains on the books today. Unfortunately, most people don’t know about the Act and its ability to pay big cash awards to whistleblowers. Typically those awards are 16% of whatever the government collects from wrongdoers. Novak’s case was criminal and the hospital closed its doors meaning a large reward is unlikely. Most cases, however, are resolved civilly or with a joint civil and criminal prosecution.

As noted above, most would-be whistleblowers don’t know about the False Claims Act. Instead of hiring a lawyer and filing a sealed whistleblower complaint in federal court, they opt for the Medicare fraud toll free hotline. Hotline reports, however, don’t ever pay large cash awards.

Think you have evidence of Medicaid or Medicare fraud? Give us a call. Our whistleblower clients have received over $100,000,000.00 in awards.

For more information, contact attorney Brian Mahany at or by telephone at (414) 704-6731 (direct). All inquiries are protected by the attorney – client privilege and kept strictly confidential.