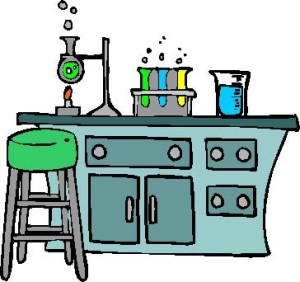 Rumors of the settlement began circulating in June, however the case remained open while the company negotiated with its creditors and debt holders. The settlement was so large that payment threatened to crush the company. Although the company claims it has secured the approval of most of its debt holders, a press release by the company says the company may have to settle by way of a prepackaged Chapter 11 bankruptcy.

The case involved claims that the lab giant billed Medicare and Medicaid for unnecessary testing and for an illegal kickback scheme that involved paying physicians who referred lab work to the company.

A review of court records suggests that there were eight separate lawsuits, most of which were whistleblower suits under the federal False Claims Act. Some were brought by workers within the company while at least one was brought by a competitor.

Whistleblowers who are successful under the False Claims Act are entitled to a portion of whatever the government recovers, typically 15% to 30%. There is nothing in court records yet that says how much each whistleblower will receive.

Generally only the first whistleblower to file is entitled to recover an award but the Justice Department can pay multiple tipsters if they each have different information. In a company the size of Millennium, we are not surprised that there are so many claimants.

In announcing the settlement, Benjamin  Mizer, head of the Justice Department’s Civil Division, said in a prepared statement,

“The Department of Justice is committed to ensuring that laboratory tests, including drug and genetic tests, are ordered based on each patient’s medical needs and not just to increase physician and laboratory profits. We will not tolerate practices such as the ordering of excessive, non-patient specific tests and the provision of inducements to physicians that lead to unnecessary costs being imposed upon our nation’s health care programs.”

In a company issued press release, a spokesperson for Millennium said,

“While Millennium may debate some of the merits of the DOJ’s allegations, we respect the government’s role in health care oversight and enforcement. At the end of the day, it was time to bring closure to an investigation that began nearly four years ago. Millennium Health is currently a very different organization than we were in the past.”

The case doesn’t stop with the $256 million payment. The company must also enter into a corporate integrity agreement with the government to insure there are no future violations.

Enacted during the Civil War, the False Claims Act has become the powerful weapon in the fight against Medicare fraud. To qualify for an award, one must have original source or inside information of the fraud.

The fraud also must involve government funds or a government program. Medicare, Medicaid and TriCare all qualify.

Finally, the person seeking the award must be the first to report the specific misconduct. Here, there were at least 8 complaints, however, most seem to contain different allegations of wrongdoing.

If you are interested in becoming a whistleblower, give is a call. Our clients have received over $100 million in payments from the government. For more information, contact attorney Brian Mahany at or by telephone at (414) 704-6731. All inquiries are kept confidential and there is never any obligation for initial consultations.
MahanyLaw – America’s Whistleblower Lawyers
Share: Share on FacebookShare on TwitterShare on LinkedinShare by Email