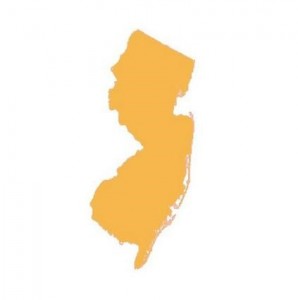 [Post updated June 2019] Medicaid and Medicare fraud are federal crimes. Defraud a government backed healthcare program and you could go to prison for 10 years. If someone is harmed as the result of the fraud the maximum penalty is 20 years! One might think that would stop many would-be fraudsters from committing these crimes. Not so, experts believe that 10% of all the money spent on healthcare is paid out on fraudulent claims.

There is so much money to be made in Medicare fraud that it seems everyone is doing it, even doctors. Last month federal prosecutors charged a 60 year old physician in Englewood, New Jersey with one count of Medicare fraud and 35 counts of making false statements relating to healthcare matters. If convicted, Dr. Albert Ades faces 185 years in prison plus the loss of his medical license (not that he will need it).

Prosecutors say that Ades billed Medicaid, Medicare and private insurers for face-to-face office visits even though he never actually saw some of the patients. Sometimes he billed prescription refills as office visits. Ultimately an insurance company that was auditing patient bills questioned him. Instead of coming clean, prosecutors say that he compounded the problem by shredding patient records and creating fake replacements.

According to the indictment, at least four of Ades’ former employees told him that his actions were illegal. One employee recorded a conversation in 2013 in which Ades when allegedly confronted about his illegal activities said, “I wrote something — the fact that I wrote something, documented something – somebody’s paying me for that.”

The indictment doesn’t say how Ades was ultimately caught. We know, however, that he was audited once by a private insurance company and that at least one of his employees recorded him discussing what appears to be clear Medicare fraud.

On March 18, 2016 he was sentenced to 37 months in federal prison he was also ordered to pay $280,000 in restitution. A federal judge called him “Robin Hood,” apparently because he frequently gave out free care while simultaneously ripping off taxpayers. In sentencing him to prison, however, she noted that Ades lacked remorse.

Ades’ lawyer asked the court for home confinement instead of prison. Prosecutors sought 41 months. The noted that several of his staff warned him his actions were illegally. More ominously, by writing fake chart notes, that can hurt patients in the future if they switch physicians. The new doctor won’t know the old notes are fake.

After his conviction, Acting N.J. Attorney General Robert Lougy said, “Physicians have a duty to respect the sanctity of their positions and all the responsibilities that come with it. Albert Ades instead chose to abuse his professional standing by stealing from insurers who trusted his integrity. What makes his crime particularly reprehensible is that he stole from Medicaid, a program designed to assist persons who cannot afford health insurance or health care services.”

Ades was recently released from prison. No longer able to practice medicine, he now has a job earning $8.44 per hour. His income came to light when his ability to pay restitution was questioned.

Why is Ades only making $8.44? Evidently the job market for convicted felons is lean. As soon as pleaded guilty, the N.J. Board of Medical Examiners found that his conduct constituted fraud,  dishonesty, and professional misconduct. Although Ades voluntarily surrendered his license, the Board ruled that his license was revoked.

Thousands of people report Medicare fraud each year. Only a handful of would-be whistleblowers, however, hire a lawyer and file a complaint under the federal and state false claims acts. Just over 700 complaints were filed last year resulting in whistleblower award payments of $635,000,000.00.

Calling a Medicare fraud hotline doesn’t get you an award. While we have no complaint with folks using hotlines, often whistleblowers will seek our services after a case comes to light in the press. By then it is usually too late.

A whistleblower under the federal False Claims Act can receive up to 30% of whatever the government collects. Because each bogus Medicare reimbursement request is a “false claim” subject to an $11,000 penalty, damages and award monies can mount quickly in Medicaid and Medicare fraud cases.

Earning an award requires filing a sealed complaint in court. While that may sound ominous, we can handle the investigation and filing of the complaint. And the best part, you don’t pay for our services unless we recover money for you.

Typically, once the complaint is filed, it remains under seal meaning secret while being investigated. Ultimately the government can intervene in the complaint, let us us handle to completion or ask the court to dismiss. The latter happens when the government believes no wrongdoing took place.

Each year the government pays hundreds of millions of dollars of reward but only to whistleblowers who follow the proper steps.

To learn more about becoming a whistleblower and earning a cash award, visit our Medicare fraud information page. Want to see if you qualify for an award? Give us a call. We help ordinary people become heroes, stop fraud, protect patient health and earn the maximum possible award. Need more information? Contact attorney Brian Mahany at or by telephone at (414) 704-6731 (direct). All inquiries protected by the attorney – client privilege and kept in strict confidence.

Five men are behind bars after being convicted of blatant fraud against taxpayers and the United States. According to court … END_OF_DOCUMENT_TOKEN_TO_BE_REPLACED