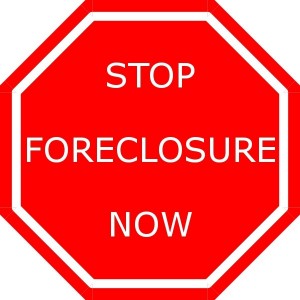 Home Foreclosures May Signal New Round of Whistleblower Claims

An Ohio legal advocacy group has filed a novel whistleblower claim against U.S. Bank. The group Advocates for Basic Legal Equality (ABLE) says U.S. Bank failed to make proper mitigation attempts with struggling homeowners before resorting to foreclosure. Anyone who has tried to modify their home mortgage through the HAMP program is probably keenly aware of the hassles and obstacles big banks seemingly erect in front of homeowners. Instead of helping keep people in their homes, we believe that many banks take the easy way out and simply proceed to foreclosure.

Most residential mortgages are backed directly by the U.S. government through the FHA or indirectly through Fannie Mae and Freddie Mac. When a homeowner defaults, the government typically buys back the loan. When that happens, taxpayers are left footing the bill and instead of the bank or investors.

Banks do not hold most residential mortgages. Once a loan closes, mortgages are packaged into loan pools and sold to investors. Some banks such as U.S. Bank and Bank of America act as loan servicers and take charge of collecting payments and instituting foreclosure upon default. Private nonbank servicers such as Ocwen and Walter Investment Management also provide these servicers.

ABLE claims that instead of working with underwater homeowners, U.S. Bank in its role as servicer simply sought to foreclose.

HUD is aware of the potential large expense to the government and taxpayers caused by foreclosures. Before a servicer can ask the government buy back a loan, certain prerequisites must be met. These include determining if there are foreclosure alternatives such as mortgage modification. The HUD rules also require the lender to have a face-to-face meeting with the homeowner.

Ask anyone going through a foreclosure and most will tell you they have a hard time getting anyone at the bank to answer the telephone. But have a face-to-face meeting? It never happens. The complaint against U.S. Bank, however, claims that the bank falsely certified to HUD that it was in compliance with these loss mitigation requirements.

We previously explored a similar whistleblower claim with the Justice Department. Then – as now – the government declined to intervene. As more and more horror stories continue to light, however, and as additional allegations surface as to companies such as Ocwen, the time may be right for a new wave of false claims actions.

Why the False Claims Act?

The federal False Claims Act allows a whistleblower with inside information about fraud involving a federally insured program to collect an award from any money recovered on behalf of the government. If the government intervenes in the case and takes over, the average award is approximately 16%. Considering that ABLE says the U.S. Bank case is worth billions, the award could be enormous. If the government does not intervene and the case is handled privately, the award can be as high as 30%.

The Chief Judge of the Northern District of Ohio federal court is expected to make a ruling any day as to whether ABLE has a viable claim against U.S. Bank. We hope the court agrees with taxpayers and embattled homeowners and lets the case proceed.

We also hope to have additional claims at the ready. If you are or were an employee at Ocwen, PNC Financial Services, Bank of America, Wells Fargo, Nationstar Mortgage Holdings, PHH Mortgage, JPMorgan Chase, Citi or Walter Investment Management and have information about abusive foreclosure practices, give us a call. To date our whistleblower clients have received over $100,000,000.00 in award monies. Last year the government paid out $635 million to whistleblowers.