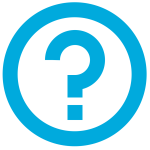 Mortgage company branch managers have a rough life. Profit margins are already squeezed and today, branch managers often face a second enemy, the banks and lenders that employ them. Caught in the middle between the front line workers (originators, underwriters) and the lenders themselves, most branch managers earn every dime of their pay.

In order to cut corners and boost profits, many unscrupulous lenders turn to so called net branch schemes. HUD says these are illegal but that hasn’t not stopped lenders from being creative in how they disguise these arrangements.

HUD wants lenders to have an active interest in all of its branches. HUD correctly believes that if a bank has no skin in the game, corners are likely to be cut resulting in bad loans. Some lenders, however, are interested in rapid expansion yet don’t want to commit capital resources. Instead, they figure out ways to force branch managers to take financial responsibility for the branches net expenses.

Often net branch schemes require the branch manager to be on the hook for expenses such as rent, phones and salaries. If the branch doesn’t make any money, the bank or mortgage company hasn’t lost anything.

These so-called net branch schemes are bad for taxpayers and home buyers, however. If the bank has no skin in the game and the branch manager is on the hook for all expenses, there is a greater temptation to cut corners. In order to make ends meet, the branch let’s some questionable loans slide through the underwriting process.

Last week a branch manager of Santander Bank filed suit claiming he was the victim of whistleblower retaliation. After just a few weeks of work, Robert Romano claims that he discovered Santander was running an illegal “ghost branch” operation.

Romano says in his complaint that “Santander also failed to implement an internal quality control plan, effectively allowing its ghost branches to operate independently of any scrutiny whatsoever. Santander failed to conduct audits of its ghost branches.” We aren’t surprised by those allegations as by their very nature, ghost branch operations don’t appear on any regulator’s radar (hence the term “ghost branch”).

Although only a branch manager for a few weeks, Romano felt he legally obligated to report his concerns to management. Instead of correcting the problem, however, Romano says that Santander tried to force him to sign an audit that claimed the branch was in compliance with banking laws.

Romano says that when he refused, he was promptly fired.

Although Romano’s complaint deals with whistleblower retaliation claims, there are some interesting aspects of the SAFE Act at play here, aspects that could result in large whistleblower awards.

Congress passed SAFE Act in 2008. Short for the Secure and Fair Enforcement for Mortgage Licensing Act of 2008, the law is designed to insure that folks originating mortgages are licensed and regulated.

If the allegations in the complaint are true, there may be additional possibilities to bring whistleblower claims under the False Claims Act and FIRREA (Financial Institutions Reform Recovery and Enforcement Act). Unlike the anti-retaliation laws which are based on the loss and suffering of the employee who was fired, these laws pay the whistleblower a percentage of whatever is recovered by the government.

In mortgage company cases, the awards can be huge. (We were part of last year’s landmark $16.65 billion recovery against Bank of America, which paid out $160 million in award monies.)

If you have inside information about an illegal net branch / ghost branch scheme, give us a call. We have helped our mortgage industry clients generate over $100 million in whistleblower awards. The government has intervened in one of our net branch cases and is pursuing Allied Home Mortgage for $2.4 billion making it the largest net branch case in history.

For more information, contact attorney Brian Mahany at or by telephone at (414) 704-6731. Please know that confidentiality is important to us. All inquiries remain protected by the attorney – client privilege even if you don’t hire us.