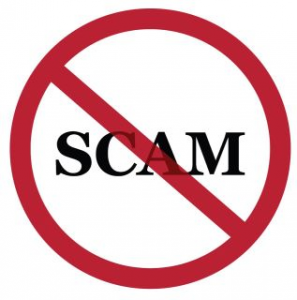 The government is the largest employer in the United States. Federal, state, county and municipal governments are always buying things. What does the government buy? Food for soldiers, tanks for the military, computers for workers and fuel oil.

The City of New York owns thousands of buildings… fire stations, police stations, housing projects, hospitals and social service offices. Those buildings have to be heated in the winter and until recently, Castle Oil of the Bronx held the contract to supply fuel oil for many of those buildings.

A recent raid by the Manhattan District Attorney’s Rackets Bureau, the NYPD and the city’s Office of Business Integrity suggests that Castle was ripping off the city and some of its private customers as well. Sources close to the investigation claim the company was mixing heating oil with waste oil.  Used engine oil has little value and frequently contains dangerous contaminants and heavy metals. Used oil can be recycled but that involves cleaning the oil and properly labeling it. Reports say that Castle was simply dumping dirty oil into their trucks and selling the product as high quality heating oil.

Published reports also suggest that Castle Oil was rigging the meters on the trucks to inflate the number of gallons of fuel delivered. In other words, the city and other customers were being billed for oil they never received. Dirty oil.

No charges have been filed yet.

Most government contract fraud cases are discovered by whistleblowers. Under New York’s whistleblower law, individuals who report fraud against the city or state are eligible for an award.

The federal government has a similar whistleblower law. Last year the U.S. Department of Justice paid out over $635 million in whistleblower awards.

To qualify for an award under the federal, New York and most other state false claims acts, the whistleblower must first file a sealed complaint in court. The government is then given an opportunity to investigate the allegations. While under investigation, the case remains secret.

Ultimately, a percentage of any monies recovered from the wrongdoers is paid to the whistleblower for coming forward and bringing the fraud to light. (New York’s False Claims Act pays up to 30%.) To qualify for an award, however, one must have inside, original source information about the fraud. Reading a story in the paper or hearing about a fraud from “a friend of a friend who knows somebody” isn’t enough.

Even a person who participated in the wrongdoing can qualify for a whistleblower award although the award is usually reduced. Several years ago, former UBS banker Bradley Birkenfeld cooperated with the IRS and blew the whistle on his employer. He claimed UBS was helping Americans hide money from the IRS in offshore accounts. Birkenfeld served 32 months in prison for his role in the scheme, although he received a $104,000,000.00 whistleblower award his information 6 weeks after he was released.

There is no word how the Castle Oil story came to light. It appears that a private developer filed suit last year after it suspected it had received dirty oil. Castle vehemently denies the allegations against it.

Think you have information and want to become a whistleblower? We proudly represent whistleblowers and help them stop fraud and earn the highest possible awards. For more information, please give us a call. All inquiries are protected by the attorney – client privilege and kept strictly confidential.