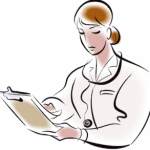 Time to Focus on Victims and Whistleblowers, Not the Corrupt and Greedy.

I thought all the publicity around Dr. Farid Fata had finally settled. The man labeled the “Butcher of Detroit” and “Dr. Death” was sentenced last month to 45 years in prison. At his age, he will most likely die in prison.

For weeks the Detroit press, the nation and even the international press were focused on Dr. Fata, a greedy narcissist convicted of giving dangerous chemo drugs to patients that either didn’t need chemo or didn’t even have cancer. (The Detroit News alone has 28 entries on its website for Fata related stories.) Prosecutors claim he had over 500 victims; patients who in many cases have now received their own life sentence of pain and suffering. Tragically, some of his patients are dead.

The chemotherapy drugs dispensed by Fata were some of the most potent on the market. They all carried very dangerous side effects. Some of his patients suffer constant excruciating pain, have lost their teeth, have suffered multiple heart attacks or can’t walk.

His sentencing hearing lasted a full week just so victims could share their horror stories with the court.

During the months leading up to his sentencing we were forced to constantly endure his smiling picture on the news and hear stories of the huge castle he was trying to buy in Lebanon.

The enormous and immeasurable misery he unleashed generated a hunger for answers. Who is the monster and why did he do it? The answer is easy. Money. Farid Fata was a greedy psychopath who put profits over patients. End of story.

Now that we know the answer, let’s concentrate on his victims and the three whistleblowers that tried to stop him. Ask anyone in Detroit and most people will instantly recognize the name of “Dr. Death.” But ask anyone to name just one of his victims or any of the whistleblowers. No one knows their names.

Those who will spend the rest of their lives suffering are the ones who deserve the attention. Christopher Sneary, Teddy Howard, David Kroff, Helene Zaremba (deceased), and whistleblowers Soe Maunglay, George Karadsheh and Angela Swanek.

These are the stories that need to be told.

And what about the greedy psycho spending his life behind bars? He had far more “fame” then he deserved.

This isn’t our normal post. As whistleblower lawyers our goal is to help brave women and men come forward and insure their stories are told. We also work tirelessly to protect whistleblowers from retaliation, help them stop fraud and collect the maximum awards possible.