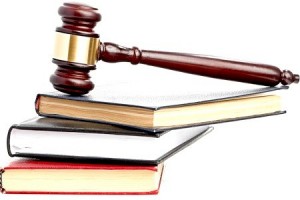 First Tennessee Bank agreed to pay over $212 million to settle claims that it violated the False Claims Act. Prosecutors claimed the bank originated mortgage loans knowing that they did not meet HUD and FHA requirements.

In order to maintain liquidity in the housing markets and insure a ready supply of loans to homebuyers, the government backs most residential mortgages. This allows the mortgages to quickly be sold to investors so that banks and mortgage companies can make their capital available to underwrite more loans. Once approved, the loans are backed by taxpayers through a variety of programs including the VA, FHA, Fannie Mae and Freddie Mac.

Larger lenders are permitted to participate in the Direct Endorsement Lender program. In this program, the FHA does not review loan applications prior to approval. Instead, the lender must certify that the loan qualifies for participation. There are a series of very specific criteria to insure that the loans are properly documented, appraised and secured.

In last week’s settlement, First Tennessee Bank admitted that it repeatedly certified residential loans that did not meet HUD underwriting requirements.  The Justice Department says that

“The quality of First Tennessee’s FHA underwriting significantly decreased during 2008 as its FHA lending increased.  Beginning no later than early 2008, First Tennessee became aware that a substantial percentage of its FHA loans were not eligible for FHA mortgage insurance due to its own quality control findings.  These findings were routinely shared with First Tennessee’s senior managers.  Despite internally acknowledging that hundreds of its FHA mortgages had material deficiencies, and despite its obligation to self-report findings of material violations of FHA requirements, First Tennessee failed to report even a single deficient mortgage to FHA.”

The complaint suggests that the problems were both widespread and deliberately ignored by management.

A senior justice department official said, “First Tennessee’s reckless underwriting has resulted in significant losses of federal funds and was precisely the type of conduct that caused the financial crisis and housing market downturn.  We will continue to hold accountable lenders who put profits before both their legal obligations and their customers, and restore wrongfully claimed funds to FHA and the treasury.”

HUD’s Inspector General David Montoya added, “Our investigation found that First Tennessee caused FHA to pay claims on loans that the bank never should have approved and insured in the first place.”

First Tennessee Bank is located in Memphis, Tennessee. In 2012, our office resolved a case with another Memphis area lender, Evolve Bank and Trust.

In August of 2008, First Tennessee Bank sold its mortgage unit to MetLife Bank. In a separate False Claims Act case MetLife settled allegations that it too wrote bad loans and passed them off to the government. MetLife paid $123.5 million earlier this year to resolve those charges.

If you have information about a fraud against the government or wrongdoing by a bank, you may be entitled to an award. Claiming an award requires filing a sealed federal court complaint and serving a detailed disclosure statement to prosecutors.

Interested in stopping fraud and claiming an award? Give us a call. All inquiries are kept strictly confidential. For more information, contact attorney Brian Mahany at or by telephone at (414) 704-6731 (direct).