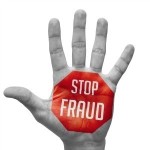 Fidelity Investments is the second largest financial services company in the world. With over 41,000 employees, there are bound to be a few bad apples. The latest securities fraud charge against the company, however, suggests that the company is at fault.

According to a complaint filed yesterday by the Massachusetts Securities Division, Fidelity Brokerage Services LLC routinely allowed not registered advisors to access their platform and service customer accounts. The complaint says “Fidelity acted in a dishonest and unethical manner and breached its obligation to provide high standards of commercial honor and just and equitable principles of trade in the conduct of its business.”

Massachusetts Secretary of State William Galvin claims that at least 13 unregistered advisors used Fidelity’s platform. By allowing this to occur, Fidelity made money, the advisors profited and the public was left at the mercy of unlicensed financial advisors. Galvin says “by allowing unregistered advisory activity, Fidelity put its own retail customers at risk and undeniably weakened the protections afforded [to its] retail customers.”

Unregistered advisor activity frequently occurs when a customer submits a trading authorization form to the brokerage firm. The authorization allows the designee to have access to the customer’s account and effect trades. Rules vary from state to state but generally the person accessing the account shouldn’t be paid for his or her services. If you accept compensation, you become an advisor and should be registered.

The activity in this case appears to have been blatant. For example, one advisor made over 40,000 trades and was listed on a customer authorization form as a “financial advisor.”

That activity should have raised many red flags yet Fidelity didn’t do anything. Why? We suspect the company enjoyed having the commission revenue flow into their bank accounts. Instead of blocking his access to their trading platform, Fidelity allegedly provided this advisor airline miles, professional sporting event tickets and free trades for his personal account.

The state’s securities fraud complaint was just filed and Fidelity has not been found to have committed any wrongdoing. Media sources say that Fidelity denies the charges.

Although the extra commission income generated for Fidelity was significant, it doesn’t outweigh the risk undertaken by unregistered advisors. Brokerage firms can be held responsible if a customer loses money to an unlicensed person and the firm facilitated that person’s trading activity.

If you lost money to a stockbroker, investment advisor or in some type of securities fraud, give us a call. All inquiries are protected by the attorney – client privilege. For more information, contact attorney Brian Mahany at or by telephone at (414) 223-0464.