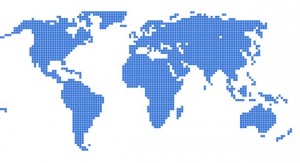 During the first half of 2015, 11 new countries have signed effective inter-governmental agreements (IGAs) with the US to reciprocally exchange information about offshore accounts. The new IGA signees include large financial markets like Qatar, South Korea, Colombia, and Iceland.

Recently, the signature of an agreement with the Vatican made headlines around the world. Regardless of the media hype, this particular IGA had more symbolic than financial value, because the Vatican is not a common choice for Americans to hide their assets abroad. In fact, only 1% of the Vatican bank´s 15,181 account-holders are U.S. citizens; a mere 150 people.

But the arm of the IRS is spreading far beyond the Vatican these days;  far enough for certain groups of American expats to advocate the renunciation of citizenship in order to avoid US taxes and heavy retroactive fines.

As of today, 111 countries have signed IGAs or similar caliber agreements with the US. The majority of them were agreed upon last year. The IGAs signed in 2014 include large markets like Australia, Brazil, Canada, and Mexico. 2013 was also a significant year, as it saw the signature of the agreement with former fiscal paradises like Switzerland and Cayman Islands, and giants like Japan, France, and Germany. In short, the spread of FATCA has completely changed the landscape of international finance.

What Is A FATCA IGA?

The most recent IGA, signed by the US and South Korea, states that both countries “shall annually exchange” information about financial accounts “on an automatic basis.”

The information to be shared includes, among other items:

This is the standard basis of IGAs, which also include special protocols for sharing information in different scenarios, for example, when the account holder is not an individual but a company.

According to Ellen Zimiles,head of global investigations at Navigant Consulting, the amount of data financial institutions must provide to governments to comply with FATCA is so large that governments will have to create special data management systems to handle it.

If you have an account with a financial institution anywhere outside the US, the country in question may be getting ready to sign an IGA with the US at this very moment, if it hasn’t signed one yet. The Department of Treasury regularly updates the full list of compliant countries.

Whether an IGA is already signed or is in the works, this can mean that the IRS will soon obtain comprehensive information about your offshore accounts. Since FATCA is spreading so fast, the window to report foreign accounts voluntarily and reduce penalties is becoming narrower every day.

The best course of action at this time is to seek advice from an experienced tax attorney in order to establish which compliance strategy is best in order to minimize financial losses and avoid criminal charges.

We have helped numerous taxpayers across the United States and the world with foreign account reporting questions and amnesty filings.

For more information, contact attorney Bethany Canfield at or by telephone (414) 223-0464. Initial consultations are always without obligation or charge. Services available worldwide and many IRS foreign reporting services are available on a flat fee basis.

When will they learn? Otherwise educated, smart and very wealthy Americans continue to hide money offshore in an effort to … END_OF_DOCUMENT_TOKEN_TO_BE_REPLACED