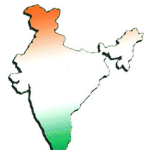 Earlier today I taped a segment on the pharmaceutical industry for the Ask Dr. Nandi show. An Emmy winning television host and medical doctor, Dr. Partha Nandi is an internationally recognized medical professional. My segment on today’s show was directed at the growing problem of counterfeit, adulterated and subpotent drugs – fake pharma- entering the U.S. marketplace.

A member of the studio audience asked how one could tell what is in their medicine cabinet. Sadly, there is no good answer.

80% to 85% of the pharmaceutical drugs sold in the United States are now manufactured offshore. The number exporter today? India.

One published report says that between 2008 and 2013, over 8000 people perished at one hospital in the Himalayan area of India. The cause of death? Fake pharma – antibiotics that contained no active pharmaceutical ingredient.

Unfortunately, those problems occur daily in India. It isn’t that Indian healthcare workers don’t care or are lazy. Most are not. It is the lack of regulation and inspection. There are approximately 10,500 pharmaceutical manufacturing facilities in India. Since most produce drugs or drug components for distribution in the United States, the FDA can inspect those facilities.

Unfortunately, the FDA has only 19 inspectors in India. That means that a factory making a life saving drug can expect to be visited maybe once every two years and a facility manufacturing active ingredients may never be inspected.

For its part, there are over 600,000 facilities that fall within the control of India’s Department of Pharmaceuticals. And lest you think the locals may do a better job of inspection, they have just 849 inspectors according to a 2015 government report.

In 2019, STAT reported that over 250,000 children a year “with malaria and pneumonia, common illnesses in poor countries, do not survive after treatment with fake and substandard drugs.”

The World Health Organization (WHO) reported that 60 people in Pakistan died after taking cough syrup. Supposedly the cough syrup contained the common cough suppressant dextromethorphan. Further investigation revealed the active ingredient (dextromethorphan) came from India. After lab tests were performed WHO found that the supplier had substituted a different drug, levomethorphan, a drug considered five times more powerful than morphine.

It’s not just India that is making so many of our drugs today. Another major pharma manufacturing country is China. There our resources are spread even more thinly. Combine that with a system that effectively makes surprise inspections impossible and it is understandable why the FDA has been ineffective.

In 2007 when bad heparin (an anticoagulant drug) made it’s way into the marketplace, between 81 and 149 Americans died. Many others suffered horribly but survived. Those drugs were manufactured by an American company in China, Scientific Protein Laboratories. A subsequent Congressional investigation revealed that neither the FDA nor its Chinese counterpart had ever inspected the manufacturing facility suspected of making the lethal drugs.

Worse, the FDA doesn’t even know where all the raw materials were made.

When fake pharma or substandard medicines are given to patients, they can prolong illness and the inconvenience, time off work and often the misery that go with it. Doctors and other health workers waste precious time trying out alternative treatments. And sometimes, people die either from the bad medicine itself or the untreated underlying illness.

How to Stop Fake Pharma

If we want to stop the countless murders caused by fake pharma. Let’s look at how we accomplish that. More inspections and  are certainly a great first step. Pharmaceutical companies should do much more testing of the ingredients (API) they obtain from third parties as well.

One of the best steps we can take is to encourage more whistleblowers to come forward and report fraud. Compliance professionals, internal auditors and those on the front lines in both API and pharmaceutical plants know where the problems are.

Under the Act, anyone who suffers retaliation is entitled to double damages and legal fees. Those damages can include future lost wages. The attorney’s fees provision is a big plus because it provides an added incentive for lawyers to take these cases.

The False Claims Act also pays cash whistleblower rewards. Some of those rewards are in the tens of millions of dollars. Under the Act, whistleblowers can earn up to 30% of whatever is collected from the wrongdoer by the government. Losses must be tied to government funds or a government program. That isn’t a problem in subpotent, adulterated or fake pharma cases, however, because Medicaid and Medicare insurance pays for much of the prescriptions dispensed inside the United States and those programs rely on tax dollars.

To qualify for large cash awards, one must have original source (inside) information and generally must be the first one to file a claim. The claims process involves filing a sealed lawsuit in federal court.

Most whistleblowers simply pick up the telephone or write a letter when making a complaint. Unfortunately, without the sealed lawsuit there is no entitlement to a percentage of what the government collects.

We believe whistleblowers are the new American heroes. Last year they helped the government collect over $10 billion. For their actions, these same whistleblowers were paid over $635 million.

Interested in becoming a whistleblower? Visit our pharmaceutical fraud whistleblower page for lots of helpful and current information. Think you may have a case? Give us a call. Consultations are always without cost or obligation

We understand the need for confidentiality. All inquiries – even if you don’t hire us – are protected by the attorney – client privilege.

(MahanyLaw is proud to support the Pharmaceutical Integrity Coalition and other efforts to fight fake pharma. See our pharma whistleblower page for more information.)