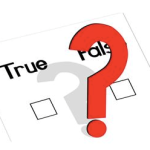 Can an Employer Force Whistleblower to Return Documents?

The case discussed in this post deals with a thorny question we often face. Can a whistleblower who files a False Claims Act against his employer be forced to return documents? Courts are divided on the issue but recently, a federal judge in Chicago ruled in favor of a whistleblower.

When the complaint became unsealed Rine was placed on administrative leave. As part of his leave, Home Bound demanded he return all company information in his possession. Rine copied his computer and sent one copy of his company files to Home Bound. When the company learned he had a second set it terminated him claiming he misappropriated company files.

Not satisfied with simply terminating him, Home Bound further retaliated by asking a federal judge to compel him to return the second copy. They argued that Rine could always ask for documents he needed for the case through discovery.

Rine, of course, said that Home Bound’s request simply made more work for everyone. More importantly, he worried that the company could purposely or accidentally delete the data. If that happened, it would be lost forever since Rine would no longer have a copy.

Many courts believe that the public policy favoring whistleblowers and stopping fraud outweighs any employment agreement or policy handbook that prevent employees from returning company data and information.

U.S. District Court Judge Thomas Durkin took a slightly different approach. Largely siding with Benjamin Rine, he said Rine could hold on to documents in his possession that were reasonably related to his whistleblower claims. Other documents would have still have to be returned, however.

Judge Durkin ordered Rine to inventory what documents he was keeping. Home Bound could then contest any of those documents they thought were irrelevant.

Rine and Shmushkovich had months to gather documents. Often, however, a company that suspects a whistleblower claim is in the works will act to suddenly cut off a would-be whistleblower’s access to documents.

If you are interested in becoming a whistleblower or just wondering if you have a case, we strongly recommend that you speak with experienced counsel as soon as possible. We can help you determine what documents are needed to bolster your case and the risks associated with taking documents.

Whistleblowers may be entitled to a percentage of whatever the government recovers from wrongdoers. Last year the government paid out over $635 million in awards. To qualify you must have inside information and be the first to file.

Think you may have a claim? Give us a call. Whistleblowers are the new American heroes. Every day they prove that a single person can make a difference and can successfully take on huge corporations.

For more information contact attorney Brian Mahany at or by telephone at (414) 704-6731 (direct). All inquiries are protected by the attorney – client privilege and kept confidential.