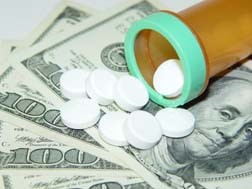 Detroit has one of the worst Medicare fraud problems in the United States. Rarely a month goes by without someone getting indicted or convicted of felony healthcare fraud charges. While some think that ripping off the government is a victimless crime, it isn’t. Medicare and Medicaid are funded with tax dollars. More importantly, funding for these programs is limited. When money is illegally diverted into the pockets of greedy clinic owners or doctors, less money is available for those who truly need care.

This week was no exception to the Medicare fraud epidemic plaguing Detroit. The former operator of a Detroit adult day care center and two operators of home health care companies were all sent to prison.

The total amount scammed according to prosecutors? $29 million.

Felicar Williams of Dearborn, Michigan was sentenced to 60 months in prison and ordered to pay millions in restitution. She was convicted after a lengthy jury trial of conspiracy to commit healthcare fraud and conspiracy to receive kickbacks.

At trial, jurors heard evidence that Williams’ company, Haven Adult Day Care Center, billed Medicare for psychotherapy services that were never provided. Some of the patients had already died but that didn’t stop the billing.

Ms. Williams was also accused of selling Medicare patient identification to Abdul Malik Al-Jumail and Jamella Al-Jumail. Those two were also convicted at trial and were ordered to serve 10 years in prison.

After police had arrested her father on Medicare fraud charges, prosecutors say that Jamella Al-Jumail began gathering the falsified patient records and had them burned. That action earned her an additional charge of destruction of evidence.

Medicare fraud has reached epidemic levels. The FBI and Justice Department prosecute offenders as soon as they are caught but that hasn’t stopped the greed.

The Obama administration has created a task force called HEAT (Health Care Fraud Prevention and Enforcement Action Team) and a special website and toll free tips line. Those are important and a good way to report Medicare fraud anonymously. None of those programs pay whistleblower awards, however.

The Civil War era False Claims Act pays whistleblowers up to 30% of whatever the government collects from wrongdoers. To qualify for an award, one must have inside information about fraud involving a government funded program such as Medicare or Medicaid. To obtain an award, one must file a lawsuit under seal in a federal court.

Michigan is one of nearly 30 states that has its own Medicaid whistleblower rewards program. If the fraud involves Medicaid, Michigan whistleblowers can receive rewards from both the feds and Michigan.

Whistleblowers can’t collect awards, however, once there has been a public disclosure of the information about the fraud. If you are a would-be whistleblower with information, speak to us before “going public” or making an anonymous call to a tip line.

The law also has a first to file provision meaning of you delay, someone else may report the fraud first and receive the reward. Unless the information you possess is very different, only the first whistleblower to report receives a reward.

Our whistleblower clients have already received over $100,000,000.00 in award monies. The awards are real but the process is complex. More importantly, the courts have ruled that you must have a lawyer to collect a reward. Unlike the IRS program where anyone can file a tip form, getting a reward under the False Claims Act involves filing a sealed complaint in federal court. That means finding a good lawyer.

Many personal injury and employment lawyers advertise hoping to get a whistleblower case. It isn’t their primary area of practice, however. Presently the Department of Justice only accepts approximately 20% of the cases filed. That means 4 out of 5 potentially have to be prosecuted privately. Many of the lawyers we see that advertise for whistleblower cases run away if the government declines. If you are seeking a lawyer to represent you in a whistleblower case, ask if they have ever litigated a declined case. The answer you receive may surprise you!

For more information, contact attorney Brian Mahany at or by telephone at 313-879-2070. All inquiries are protected by the attorney – client privilege and kept confidential. (We accept cases in Michigan and nationally. To date we have prosecuted cases in over 30 states.)