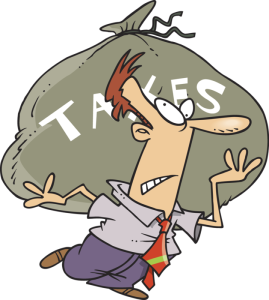 After years of infighting and bureaucratic inertia, the IRS finally started to pay attention to its whistleblower program. According to a GAO study last week, the IRS is starting to pump out awards to whistleblowers. Over 500 awards since 2011 with a value in excess of $315 million!

So where is the bad news in that story? Just as the IRS is finally paying awards, the IRS is losing its top agents in droves!

Bloomberg reports that the home of the IRS’ elite agents, the Criminal Investigation Division, will have lost 21% of its agents by the end of next year with no plans for new hiring. Those with the most experience are racing for the exit doors and retiring.

According to the Criminal Investigations Division’s annual report released earlier this week, investigations of tax cheats are down by32%.

It’s hard to work in an agency where politicians despise you. Senator Ted Cruz has gone on record saying he wants to abolish the agency! While that kind of talk is mere voter pandering, the agency has been rocked by repeated scandals and has become politicized.

It’s not the agents who are to blame, of course, but the agents are the ones who bear the brunt of the abuse and they are leaving.

Unfortunately, the IRS whistleblower program can’t work without agents. Unlike the federal False Claims Act, which allows private citizens to prosecute cases, there is no such ability in the IRS program. If the IRS doesn’t have the personnel to prosecute tips from whistleblowers, those tips simple wither away.

There is a bit of a paradox here, however, as the IRS will be more dependent than ever on tips from whistleblowers. With fewer eyes and ears of its own, the agency must rely more on outsiders, except there will be fewer agents to investigate those tips.

Worse, of the remaining agents, the IRS must refocus their more of their efforts on the rampant identity theft problem within the agency. The IRS recently suffered a data breach. That added to the multi-billion dollar false refund problem already plaguing the Service. Crooks are getting phony refunds while honest taxpayers are being denied legitimate refunds because a scam artist already filed a refund request using their social security number.

The personnel problems will probably get worse before they improve. Even if the IRS hired thousands of new agents in 2017, it would take years before those agents were fully trained and effective. Until then, we put on our money on whistleblowers.

Under the IRS Whistleblower Program, tipsters with inside information about unreported or unpaid taxes can receive up to 30% of whatever the government collects. The awards also include any associated interest and penalties collected by the government.

To date our whistleblowers have received over $100 million in awards. Perhaps we can help you be next.

For more information, visit our IRS whistleblower information page or give us a call. The author of this post, attorney Brian Mahany, is also a former agent and tax prosecutor. We know how to build cases with the best chance of being investigated and prosecuted by the IRS. Brian can be reached at or by telephone at (414) 704-6731 (direct). All inquiries protected by the attorney –client privilege and kept confidential.