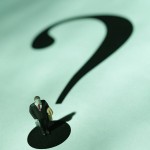 Can a Contract Provision Be Used To Compel Arbitration of False Claims Act Cases?

Courts are increasingly upholding arbitration agreements, especially those that stem from employment agreements. It is a growing trend nationwide and one that usually benefits big business. Have a dispute with your credit card company? You probably can’t sue them. Ditto if your stockbroker steals money from your account. Employment claims have long been the subject of arbitration provisions too. And today, we add False Claims Act cases!

In a very bizarre ruling, a judge in Cincinnati, Ohio ruled that an arbitration clause in an employment contract could be used to force three nurses to arbitrate government fraud claims arising under the False Claims Act. To our knowledge, it is one of the first decisions of its kind and sets an onerous precedent in the war on fraud and corporate greed.

The nurses who filed the False Claims Act case against Evercare Hospice had all entered into employment agreements with the hospital. Part of their employment agreement contained a provision that required hospital workers to arbitrate “any dispute …which arises or relates to employment” including “whistleblower and retaliation claims.”

To better understand the ruling, some history of the case is necessary.

Sara Curtis Hicks, Leah Broderick and Debbie Turner are all registered nurses who worked for Evercare Hospice, Inc. The three claim that Evercare violated the False Claims Act by systematically defrauding Medicare. They claim that the hospice admitted patients without proper consents or power of attorney authorization, billed Medicare for care that wasn’t medically necessary and provided inadequate care.

Each claims they suffered retaliation when the company learned they were whistleblowers.

Medicare rules for hospice care require that patients be diagnosed by a physician as suffering terminal illness. Hospice care is reserved for those nearing the end of their life. The three nurses claim, however, that many of the patients did not mean federal hospice guidelines.

Generally patients needing hospice care are considered terminal within 6 months yet some patients had been there under hospice care for over 3 years and showed no degeneration of their condition.

The nurses also claimed the company “aggressively markets to nursing homes and has a plan where Evercare can bill for hospice services while the nursing home can continue to provide daily care. Everybody makes money except Medicare is funded by tax dollars meaning taxpayers are stuck with the tab.

Staff was told to speak with the company’s clinical services manager if a patient didn’t meet eligibility requirements. The manager would then “help adjust the wording to make the patient appear on paper more appropriate for hospice services.”

After trying to address the problems internally and getting nowhere, the three nurses filed their False Claims Act case. When that case was ultimately unsealed and became public, the three say they suffered retaliation.

There is a fair amount of legal precedent regarding retaliation claims and they are genuinely employment related.

A worker who claims she was fired for reporting misconduct prevents the classic retaliation claim and it is clearly employment related. While we think retaliation claims belong in federal court or before the EEOC or Department of Labor, we can at least recognize the rationale of courts that rule otherwise.

The underlying False Claims Act claims are clearly not employment related, however. These are fraud claims that belong to the government. Look at any False Claims Act complaint anywhere in the nation and they all bear the same caption, “The United States of America, ex rel…”

In granting Evercare’s motion to compel arbitration, the court ruled that there is a strong presumption in favor of arbitration. Judge Timothy Black says Congress passed the Federal Arbitration Act with the idea that arbitration relieves court congestion and provides parties with a quicker and less costly alternative to litigation.

Despite our belief that the court is overreaching, Judge Black found that the whistleblower claims were subject to the arbitration agreement. At this point, the case is a flyer and we don’t know whether the Department of Justice will intervene or if the nurses will appeal.

Even if the Justice Department chooses to fight this battle another day, arbitration doesn’t necessarily end this case. Because the claims in a False Claims Act case belong to the government, the government isn’t bound by an arbitrator’s decision.

Why? Because the employment agreement is between the nurses and the hospital. The government was never a party to the employment agreement and therefore not bound by any arbitrator’s decision. That means following the arbitration decision, the parties must either request that the government consent to the arbitrator’s award or resume litigation of the qui tam claims.

As decided by Judge Black, whistleblower claims may have to be litigated twice.

If you have knowledge of Medicare fraud by a hospice, pharmaceutical company, hospital or clinic, give us a call. Last year the Justice Department awarded $635 million to whistleblowers who brought claims under the federal False Claims Act. This sum doesn’t include from other federal whistleblowers program and state specific false claims act. (Our clients received over $100 million of that sum.

Need more information? Contact attorney Brian Mahany at or by telephone at (414) 704-6731 (direct). All inquiries protected by the attorney – client and kept strictly confidential.