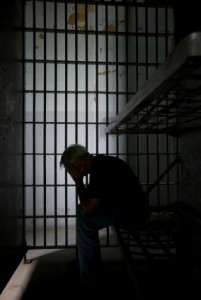 A Connecticut lawyer is heading to prison for 6 months after being convicted of not paying $394,000 in federal income tax. Attorney Jerry Gruenbaum, age 59, pleaded guilty to two counts of filing false tax returns. Prosecutors say that he filed false returns from 2005 through 2007 and then didn’t even bother filing any returns for 2008, 2009 and 2010. Over the 6 year period, he failed to report approximately $1.3 million in income. With interest and penalties, his $400,000 tax bill is now approximately $878,000.

In addition to underreporting income – or not filing any returns – the IRS also says that Gruenbaum obstructed the IRS with a series of tactics including paying personal expenses with corporate monies and by receiving pay in the form of stock shares. He was not criminally charged with obstruction.

At his sentencing earlier this week, prosecutors asked for a sentence of 18 to 24 months. They noted that because of his significant tax law experience, Gruenbaum couldn’t claim that the false tax returns were an innocent mistake. (In addition to his law degree, Gruenbaum is also a CPA and holds a Masters degree in tax.)

Gruenbaum asked for leniency, claiming that he suffers from the onset of dementia and depression. He also claims to have a history of chronic disorganization. According to a sentencing memorandum filed with the court, Gruenbaum claims that he is so disorganized that “he simply cannot manage the basics in ways that would make most of us shudder”[sic].

Gruenbaum’s lawyer argued that the probable loss of his law license was also punishment. That is a difficult argument to make, however, since it flies in the face of his claimed dementia and disorganization. A lawyer so disorganized that he is often administratively suspended by bar officials probably should not be practicing law.

In the end, the judge exercised leniency and sentenced Gruenbaum to just 6 months. Federal sentencing guidelines called for a sentence between 18 and 24 months, the same sentence sought by prosecutors.

At 59, Gruenbaum is a convicted felon, owes hundreds of thousands of dollars to the IRS, is probably never going to be able to work as a CPA or lawyer again and must spend the next 6 months behind bars. What are the lessons here?

First, even tax professionals should hire someone to do their taxes. Whether Gruenbaum’s actions were willful or the result of incredible disorganization, he would most likely be a free man and not convicted of filing false tax returns if he had simply hired a tax preparer.

[Originally posted in October 2010, now updated through 2020.] (Editors note: One of the best investigative journalists in … END_OF_DOCUMENT_TOKEN_TO_BE_REPLACED