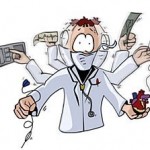 Chiropractors Being Examined for Medicare Fraud

In 2012 and 2013, the taxpayer funded Medicare program paid $1.4 billion for chiropractic services. A random survey of those services, however, found that a shocking 38% were “medically unnecessary, improperly coded or undocumented.” That puts chiropractors directly in the bull’s eye for possible Medicare fraud.

So there are no misconceptions, we like chiropractors and think they offer a valuable service. Often they are a better and lower cost solution to costly surgery or a life of potent pain killing medications. But chiropractors, like every other healthcare provider, can only bill insurance, Medicaid or Medicare for services that are medically necessary.

Following the survey results, federal Medicare fraud examiners from the Health and Human Services’s Office of Inspector General performed a statistical analysis and decided to audit Alleviate Wellness Center in California. Alleviate was one of the top three Medicare billers for chiropractic services in California.

According to the audit results released last month, the government randomly selected 100 patient visits for audit. NONE of the treatments qualified for Medicare. Of the sample of 100 treatments that had previously been billed to Medicare, 56 were medically unnecessary, 23 had insufficient documentation and 21 were not documented!

After a further review, the government determined that 97% of the chiropractic services billed to Medicare did not qualify.

The last time the Inspector General audited a chiropractor’s office was in 2013. Based on the findings of this case and the overall findings that about 38% of Medicare billings for chiropractic services are improper, we expect more audits and enforcement activity.

We don’t know Alleviate’s position on the audit. The Inspector General says they declined to comment. We believe, however, that the practice is incredibly luckily that it wasn’t the subject of a whistleblower lawsuit under the federal False Claims Act.

Enacted during the Civil War, the False Claims Act allows whistleblowers with information about fraud involving a federally funded program (such as Medicare) to file a lawsuit. Whistleblowers are eligible to collect up to 30% of whatever the government collects and the government can seek both triple damages and penalties of up to $11,000 for each submitted claim for reimbursement.

Medicare fraud is a national problem. The FBI estimates that it costs Americans $80 billion per year. Medically unnecessary treatments, illegal kickbacks, services never provided, artificially inflated costs… the ways Medicare fraud can be committed are many.

If you have inside information about Medicare or Medicaid fraud (or private insurance fraud in California), give us a call. Our whistleblower lawyers have helped collected over $100,000,000.00 in the last year.

For more information, contact attorney Brian Mahany at or by telephone at (414) 704-6731 (direct). All inquiries are protected by the attorney – client privilege and kept strictly confidential. For our cornerstone content on chiropractors engaged in Medicare fraud, visit our chiropractic Medicare fraud page here.