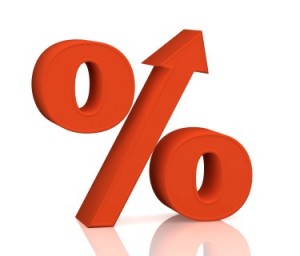 The Consumer Financial Protection Bureau’s (CFPB) $19 million enforcement action against RPM Mortgage has stirred up a hornet’s nest in the residential mortgage industry. The company agreed to pay $19 million simply to make the case go away but admitted no wrongdoing. In fact, many in the industry are saying the government went way too far.

The CFPB tells a different story.

CFPB Director Richard Cordray said earlier this week, “RPM rewarded its loan officers for steering consumers into mortgages with higher interest rates. Today we are putting an end to RPM’s unlawful practices and holding Robert Hirt personally responsible for his involvement in them.”

According to the CFPB’s complaint, over just nine months in 2011, RPM paid 511 illegal bonuses to loan originators. The bonus payments were made from individual employee expense accounts. The agency also says the company paid tens of millions of dollars in commissions to originators that were based on higher interest loans.

What is the big deal? In 2010, the Federal Reserve Board announced a rule that prohibited loan officers from receiving compensation based on the terms of a loan. The so-called compensation rule was designed to remove the incentive for mortgage companies to reward loan officers for putting clients in higher interest loans.

Since the rule was enacted, several mortgage companies have tried to skirt the rule with complex or disguised bonus programs.

For the contra view, the National Real Estate Post has posted a scathing video [no longer available] attack of the CFPB’s handling of the RPM case. They say RPM’s actions didn’t result in illegal commissions and that the company’s actions helped consumers.

The federal False Claims Act pays whistleblowers up to 30% of whatever the government collects from a wrongdoer. In the RPM case, that could have been a $3.8 million paycheck to some lucky whistleblower. (Awards are less if the defendant settles right away.)

To qualify for an award under the False Claims Act, the federal government must back the loans. That is never a problem with most residential mortgage loans.

To claim the award, you must have inside information and file a lawsuit under seal in federal court. (It isn’t as tough as it sounds.)

The Financial Institutions Reform, Recovery and Enforcement Act (FIRREA) pays also pays whistleblower, although the awards are capped at $1.6. To qualify you must have information about wrongdoing affecting a federally insured bank. FIRREA probably doesn’t help if the lender is a mortgage company but could pay out if the lender is a bank.

Interested in earning an award and helping put an end to illegal loan practices? Give us a call. All inquiries are protected by the attorney – client privilege and kept strictly confidential.  For more information, contact attorney Brian Mahany at or by telephone at (414) 704-6731 (direct).