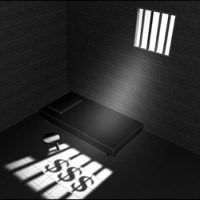 Tax evasion is nothing new. Because it is a crime, most people who deliberately evade taxes do so quietly. The more people know, the more likely that someone decides to come clean or cooperate with authorities in the hopes of getting a better deal.

Evidently the president of Chipco International and six of his employees don’t read this blog! John Kendall, the president of the now closed business, was sentenced this week to 10 months in a Maine jail.

Chipco International was a manufacturer of poker chips. We say, “was” because its doors are now closed. It’s president and six other employees have been convicted of various tax crimes leaving virtually no one to run the business!

According to the Maine State Attorney General’s Office, Kendall paid his employees off the books. Instead of turning over withholding taxes to the state revenue department, Maine Revenue Services, Kendall used the money to pay his mortgage and pay dues at two different country clubs.

Kendall pleaded not guilty and was convicted after a 6 day trial of all counts including three felony counts of theft for failure to turn over withholding taxes, conspiracy and making false statements on a tax return.

State Superior Court Justice Thomas Warren sentenced Kendall to 3 years, 6 months in prison but suspended all but 10 months of the sentence.  Once released, Kendall must serve 3 years of probation and pay restitution.

What makes this case somewhat unusual is that prosecutors and Maine Revenue Services investigators also elected to prosecute the employees. The Portland Press Herald reports that six former workers were convicted of tax evasion or theft of unemployment benefits.

State prosecutions for tax crimes are relatively rare. When sales or withholding taxes are involved, however, prosecutors become more aggressive.

Even if no tax evasion or other criminal charges are filed, state tax authorities often transfer the business debt to anyone who had the ability to pay the taxes but failed to do so. Huge penalties are also the norm.

If you are under audit for a sales or withholding tax issue, contact a tax lawyer immediately. Often early intervention can prevent an audit from becoming a full blown tax evasion investigation.

Need more information? For questions about audit defense or criminal tax evasion, contact us today. Our tax lawyers have successfully handled many tax cases. For more information, contact attorney Bethany Canfield at or by telephone at (414) 223-0464. All inquires protected by the attorney – client privilege and kept strictly confidential.

* From 1995 through 1998, Brian Mahany served as Maine’s state revenue commissioner. He previously worked as a criminal investigator and tax prosecutor as well. We know state tax evasion law!