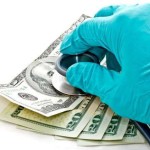 $785 million is a lot of money, even for big pharma. That is the amount that Pfizer is probably going to pay to settle two whistleblower cases alleging the pharmacy giant overcharged Medicaid for Protonix, a popular prescription heartburn drug.

The federal False Claims Act and Medicaid regulations make it illegal to overcharge federally funded healthcare programs for prescription drugs. Medicaid is considered the health insurer of last resort and helps those who cannot afford healthcare. Federal regulations say that pharmaceutical companies must offer their lowest prices to Medicaid.

Two whistleblowers claimed that Wyeth Pharmaceuticals offered rebates and discounts to hospitals but failed to also offer those rebates to Medicaid. That effectively gave the hospitals a lower price than that charged to Medicaid. Because Medicaid is funded by both states and the federal government, its expenses are ultimately picked up by taxpayers.

According to one of the complaints, Wyeth offered discounts as steep as 90% to hospitals who agreed to use a certain amount of their product. In the case of the IV version of the drug, that lowered the price from $25 per dose to $4.00. Pills were similarly discounted from $3.00 to just 16 cents!

Discounting to hospitals is legal but only done properly and if disclosed to the states and offered at the same low price to Medicaid recipients. These so-called “best price” rules are designed to save tax dollars and make drugs more affordable.

The whistleblower who made the above allegations is a New Orleans physician named William St. John LaCorte. The second case was brought by Lauren Keiff, a sales representative for AstraZeneca.

Keiff claimed that Wyeth was deeply discounting its product in hospitals knowing that once patients were discharged they were likely to need the Protonix pills on a long term basis. Once discharged, the patients (or Medicaid) would be forced to pay the much higher prices.

Like a street drug dealer who gives free samples to new users in order to get them hooked, Wyeth hoped to get patients to use its pill form of Protonix. The hospital received the pills at a 94% discount, according to Kieff, but those discounts disappeared once the patient was discharged and had to continue the medication.

Pfizer acquired Wyeth in 2009. The two whistleblower charges predate its acquisition and concern conduct that occurred before 2006. Because of that, Pfizer will not be asked to admit any wrongdoing. Wyeth has denied any wrongdoing. (Pfizer has its own history of False Claims Act violations related to its pharmaceutical products.)

The settlements are not yet final but should be wrapped up shortly. Because many states have joined the lawsuit, it could be weeks before the settlement is complete.

The two cases against Wyeth were whistleblower actions brought under the federal False Claims Act. This law allows whistleblowers to file law suits in the name of the government (often called a “qui tam” action). If the suit is successful, the whistleblower can receive an award of between 15% and 30% of the ultimate recovery. In this case, that means an award of at least $118 million!

Awards are determined by the Justice Department and approved by the court. Generally only the first people to come forward with information are entitled to an award. Here, we anticipate that Dr. LaCorte and Lauren Kieff will divide the reward.

Most whistleblower cases are brought  by insiders. Normally that would mean someone from the marketing department of Wyeth. This case proves, however, that inside information can come from outsiders as well.

If you have information about drug companies promoting off label uses of their products or offering suspect rebate or discount schemes, give us a call. Our whistleblower clients have already recovered more than $100 million in awards.

Whistleblowers perform a valuable public service by standing up to corporate greed. The actions of Kieff and LaCorte will save taxpayers hundreds of millions of dollars. Their actions will  also help insure that medical decisions are based on the best needs of the patients and not on who offers the biggest rebate.

For more information about becoming a whistleblower – including information on the law’s anti-retaliation provisions – contact attorney Brian Mahany at or by telephone at (414) 704-6731 (direct). All inquiries kept strictly confidential. (You can also visit our pharma whistleblower information page.)