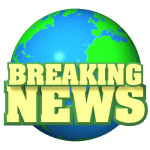 By all accounts, Andrews Kurth is a well-healed Texas law firm. Founded in 1902, the firm today boasts over 400 lawyers and offices around the world. It is also considered one of the best oil and gas firms. This week, however, a jury verdict in a legal malpractice lawsuit threatens the very survivability of the iconic firm. A lawyer close to that case revealed to us that a Harris County District Court jury found Andrews Kurth liable for approximately $200,000,000.00 in damages and costs.

Because we are the first to break the news, we have verified with the Harris County District Clerk’s Office that a jury verdict was rendered in the case on November 11th. Court records show the verdict is scheduled for docketing on the 23rd. Our source tells us the verdict, with interest, is approximately $200 million.

According to court documents, Scott Martin filed his legal malpractice suit against the law firm in 2013. At the time, Scott was embroiled in a bitter family dispute with his brother Ruben. The dispute centered on management of a family owned business. When it appeared the two brothers were headed to court, their mother Margaret Martin attempted to mediate.

Ultimately a settlement proposal was drafted and signed by Ruben and Margaret. Scott claims that lawyers from Andrews Kurth reviewed the document on his behalf and assured him it would protect his interests. Relying on their legal advice, he signed the agreement. Unfortunately, Scott would soon find out the dispute was far from settled.

A few months later, Scott says his brother didn’t comply with the agreement’s terms. Scott then sued Ruben. Ultimately, Scott claims that a Texas appeals court ruled that the settlement agreement was nothing more than an “unenforceable agreement to agree.” After a flurry of almost one dozen collateral lawsuits, Scott sued his former lawyers, Andrews Kurth.

In his suit, Scott claims that his former counsel committed legal malpractice and breached their fiduciary duty to him. He also claims the firm acted maliciously and intentionally.

Specific allegations include a claim that internal firm emails mocked Scott and his “precarious financial condition.” While the firm billed him over $6 million for legal services, Scott claims the internal emails show the firm betrayed him and showed a shocking level of disrespect. (The caption and docket number of the case are Scott D. Martin and SKM Partnership LTD versus Andrews Kurth LLP, Harris County District Court cause # 2013-61098)

Andrews Kurth denied the allegations and took its case to a jury. This weekend a lawyer familiar with the case told us the jury sided with Scott Martin and handed him a huge verdict.

Court records suggest that there is still a pending motion for a directed verdict. We suspect that there will multiple future motions to reopen the case and appeals. The ultimate outcome may change but last week’s huge jury verdict against Andrews Kurth is certainly welcome news for the firm’s former client.

About the author. Brian Mahany is a fraud recovery lawyer and author. When not representing victims of fraud and professional misconduct he frequently writes legal malpractice stories here and on the U.S. Legal Malpractice website.

That's not a misprint. A whistleblower is about to receive $28 million for blowing the whistle on healthcare fraud. Even … END_OF_DOCUMENT_TOKEN_TO_BE_REPLACED