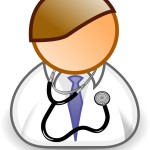 The U.S. Department of Justice and the U.S. Attorney for Detroit are seeking the maximum possible sentence for a physician convicted of Medicare fraud. On May 20th, Dr. Hicham Elhorr pleaded guilty to a single count of conspiracy to commit healthcare fraud. In return for his guilty plea, prosecutors dropped several other fraud charges. Elhorr hoped for leniency by entering into a plea deal but the government’s sentencing memorandum makes it clear that they want to see the court impose the maximum sentence allowed by law.

According to the indictment, Elhorr ran a company called House Call Physicians PLLC. His company billed $11 million to the federal Medicare program, mostly for in home services and visits. Many of the doctors providing the services were not licensed to practice medicine, however. In one case, prosecutors say a physician working for Elhorr had his license revoked for money laundering and unlawful narcotics trafficking charges.

In an unusual twist on “upcoding” – a popular Medicare fraud method – non-physicians would bill their time under a physician’s provider number. Both patients and Medicare thought the house calls were being performed by physicians when it was only an assistant who was showing up.

Court records also reveal that several of Elhorr’s doctors were billing for more than 24 hours in a day! Dr. Elhorr himself billed for 172 patient visits when he was not even in the United States.

Some of the unlicensed physicians and non-physicians were writing prescriptions for narcotics.

Elhorr was arrested in September of 2012. As a condition of his release, Dr. Elhorr agreed that he would commit no further criminal conduct and only bill Medicare for services actually performed by him in person and a clinic or hospital in which he had no ownership interest.

Law enforcement agents learned that Elhorr accepted a job at a clinic with the same address as his old practice. Suspicious, they met with his alleged new boss. There they learned that his “boss” had simply loaned his Medicare number to Elhorr so that Elhorr could continue seeing patients. Because Medicare barred him from the program, Elhorr simply found a doctor willing to “loan” him a valid Medicare number.

In asking for the maximum 10 year sentence allowed by statute, prosecutors said:

Licensed medical doctors like the defendant are intended to be the gatekeepers of Medicare, billing the Medicare program for only those services that are medically necessary and actually rendered. The active participation of physicians makes health care fraud schemes far more lucrative and difficult to detect, precisely because of the deference given to medical judgment and the trust placed in physicians. Rather than standing a vigilant guard against the waste of government funds, Dr. Elhorr knowingly opened the vault doors

Most Medicare fraud prosecutions are possible because of tips from concerned healthcare workers. Under the federal False Claims Act, tipsters (called “relators” or whistleblowers) are entitled to receive up to 30% of whatever the government collects from wrongdoers. Last year the Justice Department handed out over $435 million in award monies.

Medicare fraud is a national epidemic and costs taxpayers tens of billions of dollars each year. Whistleblowers who come forward have the ability to make a huge difference in society as well as earn a significant award.

Interested in learning more? Visit our Medicare fraud page or give us a call. The author of this post, attorney Brian Mahany, can be reached at or by telephone at (414) 704-6731.