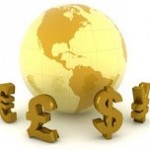 The ink isn’t even dry yet on last week’s massive $5.6 billion settlement between the U.S. Department of Justice and five money center banks. Despite the Justice Department resolving claims of several major world banks manipulating foreign exchange rates, an investor suit seeking class action status was filed in San Francisco claiming the banks are back to their old tricks. Actually, the suit says they never stopped.

John Nytl filed a lawsuit on behalf of himself and other investors claiming the banks “rigged” foreign exchange rates. The banks named in his lawsuit include Bank of America, HSBC, JPMorgan Chase, Citigroup, UBS, Barclay’s and Royal Bank of Scotland. Lest anyone thinks this is simply a late filed suit, the lawsuit was filed one day after the government’s settlement was announced and says the suit is “about the continuing combination, agreement and conspiracy to set, fix and establish foreign currency exchange rates…”

If there were any lingering doubts, the lawsuit specifically says that none of the banks have made “any affirmative withdrawal from the conspiracy.”

Unfortunately, there is little information in the complaint that identifies why Mr. Nytl feels the conspiracy is ongoing. If true, however, the Justice Department will be forced to take even stronger actions against the banks.

Last week several of the bank holding companies have apparently agreed to pay huge civil fines or plead guilty to federal criminal charges. It is impossible to put a bank in jail, of course, but criminal sanctions still carry teeth. As a condition of probation, the court can require banks to hire compliance monitors approved by regulators. A 2013 criminal plea in New York by Switzerland’s oldest private bank, Wegelin, resulted in the bank closing its doors.

The institutional arrogance of some big banks knows no bounds. We are presently investigating several cases against banks that have previously settled large fraud probes with the Justice Department. For some bank executives, “getting caught” is just a cost of doing business.

Until more whistleblowers come forward and shareholders become more vocal; fraud, greed and avarice will continue to be the standard operating procedure of some banks.

Thankfully, the Justice Department and courts have been liberally rewarding whistleblowers taht come forward and inside information. If the information relates to a federally insured bank, whistleblowers can receive up to $1.6 million under FIRREA, the Financial Institutions Reform, Recovery and Enforcement Act.

If the misconduct impacts on a federal program or funds, there is no cap on awards. (Two of our clients have received awards of approximately $50 million.) The same also holds true if the misconduct violates U.S. securities laws.

Whistleblowers are America’s true heroes. Their efforts helped the government recover over $10 billion last year. For their efforts, the government paid out $635 million under the False Claims Act and tens of millions of dollars more in awards under state, IRS, FIRREA and SEC programs.

Interested in becoming a whistleblower? Give us a call. All inquiries are kept strictly confidential and protected by the attorney – client privilege. One word of caution, however. Generally only the first person to come forward with information receives the award so don’t delay.