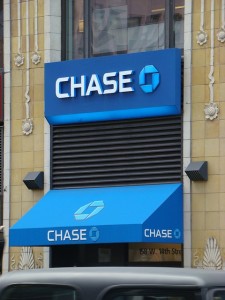 [Updated May 2019] JPMorgan Chase has almost $2.5 trillion in assets making it the largest bank in America. Last week after reporting dismal earnings, Chase CEO Jamie Dimon blamed regulators for the bank’s earnings woes and claimed “banks are under assault” by regulators. To us, it is like hearing a bank robber lash out at the NYPD and claiming that “crooks are under assault.”

To better understand Dimon’s remarks, let’s put them in context. Dimon made the statement on the day Chase reported poor earnings. The primary factor pulling down earnings are reserves for anticipated legal settlements. According to the New York Times, Dimon claimed the bank is bracing for additional fines from regulators. Dimon is quoted as saying, “It’s going to cost us several billion dollars more somehow plus or minus another couple billion before we get to normal.”

So why is Dimon so upset at regulators? By our quick calculation, JPMorgan Chase has paid upwards of $20,000,000,000.00 in recent years for various bank fraud actions:

$1.7 billion in early 2014 for failing to warn regulators of Bernie Madoff’s suspicious activities.

$13 billion in 2014 for bad residential mortgage lending and securitization practices.

$6 billion + in 2012 as part of the $25 billion mortgage servicing practices settlement.

Shortly after this post was written, JPMorgan Chase and three other banks (Citi, Barclays and UBS) paid a combined total of $6 billion for manipulating foreign currency exchange rates.

While there were a myriad of state and federal agencies fining JPMorgan Chase, the company was committing violations all over the nation. Although the bank typically never admits wrongdoing, it paid the penalties rather than taking its chances before a jury. In our mind, this is no different than a criminal taking a no contest plea.

Our message to Jaimie Dimon is simple, don’t commit the crime if you aren’t willing to pay.

As noted by the Dimon, the bank’s bank fraud woes are far from over. The bank just aside another billion dollars to deal with potential charges coming from allegations that the bank manipulated foreign currency exchange rates.

Many of the largest bank fraud cases – including those against JPMorgan Chase, Wells Fargo, Ocwen and Bank of America – were brought by whistleblowers. The federal False Claims Act and the Financial Institutions Reform, Recovery and Enforcement Act (FIRREA) allow whistleblowers to keep a percentage of whatever the government collects.

Last year we represented the whistleblower in the record breaking $16.65 billion case against Bank of America. That case paid several whistleblowers a total of $171 million in awards.

As long as whistleblowers come forward and banks like Chase continue to engage in fraud, CEOs like Jaimie Dimon should be worried. It’s not the fault of the regulators, however. If the banks want the “assaults” to stop then they must first get their own house in order.

Need more information? Visit our bank fraud whistleblower page or give us a call. All inquiries are kept in complete confidence. For more information, contact attorney Brian Mahany at or by telephone at (414) 704-6731 (direct).

Five men are behind bars after being convicted of blatant fraud against taxpayers and the United States. According to court … END_OF_DOCUMENT_TOKEN_TO_BE_REPLACED