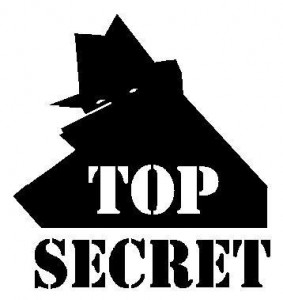 We often get asked about bank secrecy. Millions of U.S. taxpayers have not reported their offshore bank accounts and other financial assets. U.S. law requires that taxpayers report these holdings if at any time during the year their aggregate value exceeds $10,000. It doesn’t matter if you are living overseas, have dual citizenship or hold a green card.

Most folks with unreported accounts simply don’t understand the law. We don’t blame them since IView PostRS foreign reporting requirements are quite complex. Basically, qualifying accounts must be reported annually on one’s tax return and on an FBAR form, short for Report of Foreign Bank and Financial Accounts. Willful failure to file an FBAR is a felony and carries huge civil penalties.

Although most non FBAR filers are ignorant of the law, some of those folks who now know the law wonder if they will be caught. A recent criminal case from Switzerland helps answer that question.

Switzerland has some of the strictest bank secrecy laws in the world. A banker that discloses sensitive account data faces prison. Even confirming the existence of a Swiss account can be a crime. Although Swiss Finance officials have pledged to cooperate with new U.S. account disclosure rules, the Swiss Parliament has resisted making necessary law changes.

Last summer we reported about Rudolf Elmer, a former employee of Swiss bank Julius Baer. Elmer was criminally charged after turning over foreign account information to WikiLeaks. Last month Elmer was sentenced for his crime.

Elmer’s sentence? A suspended fine of $51,700 (USD). If Elmer stays out of trouble he doesn’t have to pay the fine and avoids jail. Prosecutors sought a prison sentence of three and a half years.

Elmer isn’t the only one who has been stealing bank information. Although Elmer turned information over to WikiLeaks, some bankers have been paid by foreign tax officials for their data. It’s a wide open market right now for foreign account data and last month’s suspended fine sends a clear message that stealing account data is acceptable.

What does this mean for U.S. taxpayers with unfiled FBAR forms? Plenty!

As we have said many times, the noose is tightening. The IRS and Department of Justice have become very good at finding unreported foreign accounts. If you haven’t filed an FBAR for 2013 or earlier, time is running out. The IRS has a few amnesty options available but those are off the table once the IRS finds your name or issues a subpoena to your bank.

Need more information? Contact attorney Bethany Canfield at or by telephone at (414) 223-0464. All inquiries protected by the attorney – client privilege.

Most services can be handled for a flat fee. IRS services available worldwide.

America’s least populated state is Wyoming with just over a half million people, the U.S. territory of Guam has even fewer, … END_OF_DOCUMENT_TOKEN_TO_BE_REPLACED