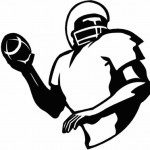 Bank of America Wins First Round in Suit by NFL Player

Dwight Freeney is a professional NFL football player. For 13 seasons he played as a defensive end, first for the Indianapolis Colts and beginning in 2013, the San Diego Chargers. In 7 of those years he was selected to the NFL’s Pro Bowl.

Freeney may be a great football player but his lawyer says he has no experience in financial management or investments. For that expertise he turned to Bank of America.

According to Freeney, that decision cost him $20 million and the loss of his restaurant business.

There is little question that Freeney was defrauded of millions. The issue is whether Bank of America is responsible for those losses. A federal judge this month said no but the ruling hinges on a technicality and the door was left wide open for Freeney to amend his complaint and fix the defects.

The story begins when Freeney decided to hire Michael Bock, a Merrill Lynch senior vice president. Possessing over 30 years in the brokerage industry, Bock went to work for Merrill Lynch in 2009. That is the same year that Bank of America acquired Merrill Lynch.

Freeney says in his lawsuit that he had been courted for about a year before becoming a Bank of America client. He finally decided to become a client after Bock promised he could help Freeney with his investments and with a restaurant that Freeney owned.

Assisting Bock was a woman named Eva Weinberg. She and Bock apparently joined Merrill Lynch at the same time, although Weinberg’s securities license had lapsed. Weinberg and Bock were also husband and wife, although using different last names.

Part of the sales pitch that pushed Freeney to invest with Bank of America / Merrill Lynch was Bock’s ability to help Freeney find investors for a restaurant company owned by Freeney. Named after the Rolling Stones, the restaurant needed an infusion of capital. Bock said he could help.

Bock introduced Freeney to Michael Stern. Using the alias Michael Millar, Bock said Millar (Stern) was a wealthy Miami businessman and also a consultant to Bank of America. None of these representations were true. Stern had filed bankruptcy the year prior listing liabilities of more than $65 million and was not affiliated with the bank.

Freeney says that Bock never told him that Stern had filed bankruptcy, that Millar was really Stern, that 19 people had sued Stern for fraud, that all of Stern’s assets were in receivership and that he had no money to invest in the restaurant. He also didn’t tell him that Stern had allegedly been involved in a bribing scandal involving municipal officials or that Weinberg had misappropriated monies from Freeney’s account to lease a private jet for Stern’s use.

The defendants in the lawsuit deny many of these allegations, of course. The only defendant that counts is the one with deep pockets – Bank of America.

According to court filings, by February of 2010, Weinberg had taken over Freeney’s accounts. She and Bock managed his investments and money, paid his bills and assumed the role of private bankers.

Things immediately began to unravel. It isn’t entirely clear who took what but Stern and Weinberg were ultimately arrested and millions of dollars belonging to Freeney were missing. According to the complaint, $17 million had been wrongfully wired from Freeney’s accounts.

Bank of America immediately moved to dismiss the complaint contending that it is not the proper defendant. The court agreed, although on technical grounds.

In dismissing the lawsuit against Bank of America, the court concluded that Bock and Weinstein worked for Merrill Lynch and not Bank of America. Even though BoA purchased Merrill, there was not enough information in the complaint to conclude that Bank of America was the employer.

Although Bank of America is out of the case for now, the court permitted Freeney to amend his complaint and cure any jurisdictional defects. We anticipate that Freeney’s lawyers will correct the defects and refile the complaint.

Whether the proper defendant is Bank of America or Merrill Lynch, we anticipate that Bank of America will ultimately be left holding the bag. In our opinion, the right thing for the bank to do is simply pay Freeney his losses.

In many respects, this lawsuit mirrors classic investment fraud and lender liability cases. The ultimate question is whether the employer – be that Merrill Lynch or Bank of America – is liable for the criminal acts of its employees. When acting in the apparent scope of their authority, the answer is yes.

The bank / brokerage firm had a duty to supervise its employees and watch over accounts. Frequent wire transfers are subject to possible suspicious transaction reports and financial firms must always closely scrutinize accounts.

We wonder if the bank simply closed its eyes since Dwight Freeney was such a big client. In our experience, banks cater to high wealth individuals. In its zeal to bring in big clients, Bank of America may have let its guard down and allowed its agents to steal millions.

Bank of America may have won the first round but we suspect this case is far from over.

If you lost one million dollars or more because of the actions of a bank or its employees, give us a call. (We will consider brokerage firm losses of $200,000 or more.) Few law firms will take on big banks and prosecute lender liability cases but we do.