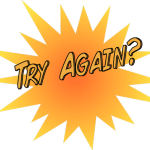 Bank of America and several other “too big to fail, too big to jail” banks have apparently agreed to settle bank fraud charges claiming they manipulated the credit derivatives market. We have long said that ordinary investors face an uphill battle when investing in the stock market. If the fraud allegations against the banks in this case are true, even institutional investors face an uphill battle.

Stock exchanges have been trying to offer credit derivatives on the open market but the suit claims the banks worked together to prevent open access to the marketplace. According to a published report in the Wall Street Journal, big banks once made over a third of their revenues – $55 billion in 2011 – from credit default swaps, a form of derivatives at issue in the case being settled.

Although the exchanges were clearly victims of any market blocking collusion, investors were also big victims. The plaintiffs behind the lawsuit leading to this proposed settlement were a group of institutional investors.

The complaint claims that the banks held secret monthly meetings in furtherance of their scheme to rig the market, an allegation that the banks deny.

What is so disturbing about this story are the banks named in the lawsuit and the ongoing denial of all responsibility for any wrongdoing. Each of the defendant banks has had its fair share of problems. Some like Bank of America, HSBC and UBS appear to vie for worst corporate citizen. (We are pleased to see that at least Wells Fargo failed to make the list.)

Equally disturbing is the subject matter of the fraud; allegations that the banks were engaging in a massive bank fraud scheme involving derivatives and credit default swaps. As we have previously reported in this blog, derivatives threaten our entire economy and were partially responsible for the financial crisis in 2008.

After the 2008 meltdown taxpayers were forced to step in and spend hundreds of billions of dollars bailing out many of the big banks. Now we learn that these same banks may have been illegally rigging the marketplace.

I keep saying “may” and “allegation” in this post because it appears that despite paying almost $2 billion to settle this case, the banks will not have to actually admit to any wrongdoing. That’s a tough one to swallow.

To the public, it looks like these billion dollar settlements are nothing more than a cost of doing business. Banks generated over $100 billion in revenues from the derivatives market and then simply pay $1.87 billion when caught by investors.

No criminal charges have been filed and the Wall Street Journal says the evidence from the case is under a protective order.

We are certainly happy to see our “favorite” banks tagged once again for bank fraud. Unfortunately, we probably won’t get to see the facts and evidence that resulted in the settlement. Despite the veil of secrecy cloaking the banks’ behavior, however, there may be bigger and better opportunities to see real justice.

The Financial Institutions Reform Recovery and Enforcement Act (FIRREA) allows the government to prosecute fraud committed by banks. The FIRREA statute has a lower burden of proof and a long 10-year statute of limitations making it one of the best tools for prosecuting bank fraud.

We have helped our whistleblower clients in the financial industry collect over $100 million in award monies. To qualify, one must generally have inside information about a fraud against a bank or a fraud committed by a bank.

The government’s investigation of the banking industry and the derivatives market has been stalled since 2009. The Department of Justice needs insiders willing to come forward and assist. As noted above, FIRREA permits insider whistleblowers to truly remain anonymous.

Bank fraud hurts everyone including taxpayers. If you have inside information of bank fraud and wish to consider becoming a whistleblower, give us a call. All inquiries are protected by the attorney – client privilege and kept strictly confidential.