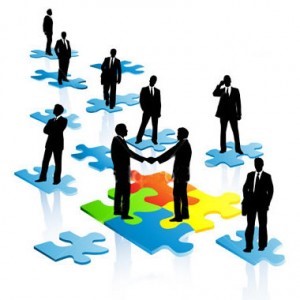 [Post updated September 2018] Two more Swiss banks have agreed to pay million dollar fines and cooperate with the United States government. Bank Linth LLB AG and Bank Sparhafen Zurich AG have settled this week with the Justice Department. Both the IRS and Justice have been zealously pursuing banks around the world that may have assisted Americans hide money.

Opening a  Swiss bank account is entirely legal but only if the account is reported annually. Generally a U.S. taxpayer must report all foreign financial accounts if at any time during the year the aggregate value of those accounts exceeds $10,000 (measured in U.S. dollars). Reporting is done on Schedule B of the tax return and on a Report of Foreign Bank and Financial Accounts or FBAR form.

When it comes to places where Americans hide money, Bank Linth and Banks Sparhafen are rather small players. The Justice Department says the two banks combined only had 217 U.S. related accounts.

The message here is much bigger than the two small banks — No one is safe. If you have unreported accounts, the IRS will find you. Switzerland, Bahamas, India, Liechtenstein, Israel… the IRS is looking everywhere. And so are whistleblowers

It does not matter where someone tries to hide money. Someone knows about it.

The IRS has offered cash whistleblower rewards for years. Until 2009, actually getting a reward was difficult and rare.

Congress revitalized the IRS Whistleblower Program by legislation in 2007. The new law became effective in 2009. About the same time the IRS really began cracking down on unreported offshore accounts.

Currently, the IRS relies on agreements with banks – like the new agreements with Bank Linth LLB AG and Bank Sparhafen Zurich AG – John Doe subpoenas, voluntary compliance initiatives and whistleblowers. Anyone with inside information about unreported or unpaid federal taxes can qualify as a whistleblower. If the tax debt is substantial and your information helps the IRS collect those taxes, you can earn up to 30% of whatever the IRS collects.

The huge 50% penalties for unreported offshore accounts are technically not an IRS penalty. Those penalties officially belong to the Financial Crimes Enforcement Network, FinCEN for short. But day to day administration is given to the IRS.

There is some dispute as to whether these penalties can be included in reward calculations but there is often still plenty on unpaid and unreported taxes upon which rewards can be paid.

By the time we publish a new list of cooperating banks, “savvy” taxpayers have already moved their money elsewhere. We put “savvy” in quotes because chances are good that sooner or later these folks will get caught. Whistleblowers that work for offshore banks, accounting firms, corporation services companies and the like usually have the best information.

If you are interested in learning more, visit our IRS offshore tax whistleblower page. Have specific questions or thinking about earning your own reward? We would love to hear from you. Contact us online, by email or by phone 202-800-9791.

We take cases anywhere in the United States and the world. You do not have to be a U.S. citizen to earn an award.

Our initial consultation  is free, without obligation and completely confidential. (Expat tax services, enrolled agents and even CPAs don’t share a client – professional privilege. Only lawyers have the lawyer – client privilege.)

[Originally posted in October 2010, now updated through 2020.] (Editors note: One of the best investigative journalists in … END_OF_DOCUMENT_TOKEN_TO_BE_REPLACED