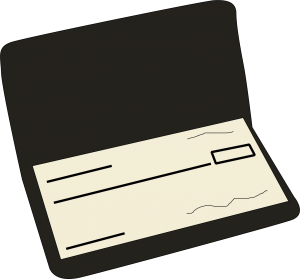 Nevada law says bank customers should review their statements monthly and promptly report any suspicious or unauthorized activity.  An additional time limit, called a statute of repose, says the bank is never liable for unauthorized checks or transfers if the customer doesn’t report the fraud within one year.

Nevada’s law, like that similar laws in most states, is designed to protect the bank. With the passage of time it becomes harder to determine whether a check was a forgery or unauthorized. While we feel 30 days is a bit ridiculous, the basic premise of the law is sound.  Banks don’t want customers coming in 5 years from now saying, “Hey, I don’t think I wrote this check.”

In Nevada, Nicholas Pereos is a lawyer specializing in commercial transactions and business law. Evidently a long time employee, Mary Williams, began embezzling money from one of his business accounts in 2006, the same year she was removed from the account.

Williams probably thought she had discovered a foolproof method of stealing from her boss. Pereos had decided to “close” the account but instead of actually closing it, he let it remain open in case there were outstanding checks. Between 2006 and 2010, however, Williams began depositing client checks into that account and later withdrawing the money.

Pereos discovered the theft in 2010 and sued Bank of America. The bank claimed, however, that he should have examined the statements and reported the theft within 30 days and certainly within the first year. A trial court judge agreed and tossed the suit.

In reinstating Pereos’ claims, the court made two rulings. First, Pereos claimed he never received proper statements. The Supreme Court said that was an issue that needed to be explored in more detail. It’s hard to review statements and promptly report fraud when you never receive a statement or the statements are incomplete.

Unfortunately for Pereos, if it is true that he had decided to let the account go dormant in 2006, any activity should have been a red flag.

Lender liability suits against banks are difficult to prosecute. For years, big banks have filled the halls of Congress and local state legislatures with high-powered lobbyists. The deck is certainly stacked against the business community and consumers. As this case points out, however, it is possible to sue big banks.

While there is no substitute for keeping an eye on your accounts, banks have a duty to insure that you receive complete statements. They also have a duty to follow instructions such as removing a person from the account. As this case also points out, even if you can’t get back all of your money, it may still be possible to get back some.

If you feel that you have been unfairly treated by a bank and have suffered losses of greater than $500,000, give us a call. Few lawyers are willing to sue banks, especially big banks. We are the exception and we know these cases can often be won.

Like the Biblical battle of David versus Goliath in which David the underdog slays the giant Goliath, banks are not invincible.

For more information about potential lender liability or fraud loss claims, contact attorney Brian Mahany at or by telephone at (414) 704-6731 (direct). All inquiries kept strictly confidential.