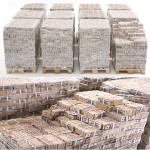 HSBC, Bank of America…”Source of Shame” or Whistleblower Heaven?

“Source of shame”, those are the words used by HSBC CEO Stuart Gulliver to explain his bank’s recent bad behavior. While anyone can make a mistake, no two banks have received as much recent bad publicity as HSBC and Bank of America. While respectively they are Europe’s biggest bank and America’s second largest bank, the two institutions control almost $5 trillion in assets… $5,000,000,000,000.00.

Every few weeks we read a new scandal, which is immediately followed by well intended but hollow promises to do better. Many of the homeowners I talk to who have lost their homes to predatory lending and predatory foreclosure practices think that bank executives are evil men.

Bernie Madoff was an evil man. We suspect, however, that Gulliver and Bank of America CEO Brian Moynihan are sincere when apologizing for their banks bad behavior. Unfortunately, they are virtually powerless to follow through on their promises.

First, there is the sheer size of the big banks. HSBC has offices in 80 countries and employs over a quarter million people. Bank of America employs 233,000 people and does business in at least 40 countries worldwide.

Recently I had dinner with the compliance vice president of a large Midwest bank. He claims it is difficult to keep tabs on just 4000 people doing business in a handful of states. Imagine, then, trying to simultaneously police activities in New York, Miami, Switzerland, Swaziland, Brazil and China.

Most megabanks don’t have a single corporate culture either. This is especially true of banks that have grown by acquiring other banks. Do you think the culture of Bank of America is the same as Countrywide or Merrill Lynch? They are not even close although all wound up under the same umbrella in a matter of months.

The big banks all have whistleblower and ethics hotlines but those are usually a joke. Yes, that is a bold statement but because we are whistleblower lawyers, we hear daily from bank employees who first tried to report corruption and wrongdoing internally. Many were threatened, most were ostracized or silenced and more than a few were fired.

Until corporate America starts treating whistleblowers like heroes, lawyers like us will continue to bring billion dollar cases forward. The lesson is simple but unheeded: treat your employees right and reward those who come forward or face the cost later.

Last year the U.S. Department of Justice department awarded $635 million in whistleblower awards. Our clients received a large portion of those monies and in almost every instance, those same clients tried to address the problems internally first.

There are no easy answers to the ethical problems that plague big banks and financial institutions. And the problem certainly is not limited to HSBC and Bank of America. JPMorgan Chase, Allied Home Mortgage, Citi, Ocwen, UBS and Wells Fargo have their fair share of problems too.

Until banks can rein in rogue employees and diverse corporate cultures, the best line of defense against fraud and corruption is the whistleblower; from senior vice presidents to front line property appraisers and loan officers, we have talked to many.

Interested in becoming a whistleblower? It isn’t easy but the rewards can be many including satisfaction and a large payday. For more information, contact attorney Brian Mahany at or by telephone at (414) 704-6731 (direct). All inquiries kept in strict confidence and protected by the attorney – client privilege.