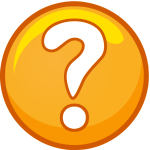 Hospital administrators are very familiar with the federal Anti Kickback law . That law prohibits hospitals and doctors from offering, paying, soliciting or receiving anything of value to induce or reward referrals or generate federal health care program business. Federal healthcare includes Medicare and Medicaid because these programs are paid with tax dollars.

A False Claims Act case that settled in December 2013 reveals how questionable real estate lease arrangements can violate the Anti-kickback law. In that case the owner of a medical office building in Hialeah, Florida became a whistleblower after he learned that an adjacent hospital owned office building had a higher occupancy rate than his building.

The whistleblower in that case was Marc Osheroff. The primary defendant was Tenet Healthcare Corporation, a for profit healthcare conglomerate that is no stranger to paying millions of dollars to settle fraud claims.

After some investigation, the Osheroff discovered that the Tenet was misrepresenting the square footage of leases occupied by physicians. On paper the hospital was charging physician tenants market rates but by “reducing” the space being leased, the hospital was giving something of value to certain physicians. The “value” or benefit was below market rent.

Physicians that referred their patients to the hospital were rewarded with cheap office space. Essentially the hospitals and doctors were trading patients for cheap rent. And those deals clearly violate the Anti Kickback law.

This may sound both petty and complex. It wasn’t that petty, however. The hospital paid $4 million to resolve the charges and an additional $1 million in legal fees and costs.

In passing the Anti Kickback law, Congress was concerned that making payments to those who can influence health care decisions would result in services being provided that were medically unnecessary, too costly, of poor quality, or even
harmful to a vulnerable patient population. The Anti-Kickback Statute was based on studies demonstrating that even honest physicians were more likely to refer significantly more patients when they received a financial incentive.

Because anti kickback violations can be brought under the False Claims Act, whistleblowers like Osheroff can earn an award of up to 30% of whatever the government collects from wrongdoers.

In this case, the hospital apparently deliberately misrepresented the space being rented to certain physicians. Some cases involving real estate arrangements are even more subtle. We are aware of one hospital in Maine that was using its tax exempt status to offer discounted, below market rents. By not having to pay property taxes, hospitals can offer below market rents to certain tenants,

In recent years hospitals have become more sophisticated in how to evade the Stark Act. That’s a shame since healthcare decisions should be based on the patient’s care needs. Instead, hospitals are essentially paying certain physicians to admit patients even if their condition doesn’t warrant it.

This case is unusual because the whistleblower was not a hospital system employee. Not every case requires an insider but inside or Original source information is still needed. Real estate appraisers and owners of medical office buildings are able to bring a Stark Act claim under the False Claims Act if they possess that inside information.

Medicare fraud is a huge problem nationally and Anti Kickback violations are often involved. Last year the U.S. Department of Justice paid out over $635 million in whistleblower awards. (Our clients received over $100 million.) Call us to find out how you can stand up to greed and fraud and earn a large cash award for doing so.

For more information, contact attorney Brian Mahany at or by telephone at (414) 704-6731 (direct). All inquiries are kept strictly confidential.

[For more information about Anti Kickback violations, visit our Medicare fraud page or use the search feature on our blog.]