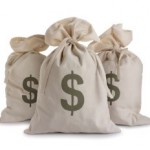 May’s Supreme Court decision in Tibble versus Edison International was a landmark case for workers with 401(k) plans. For those not familiar with Tibble, some brief history is necessary.

Like the name implies, Edison was a holding company that owned other electric utility companies.  With about 17,000 employees, it is one of the largest utility providers in the nation. The company offers a number of employee benefits including a 401(k) plan.

Tibble and several other plan members sued Edison claiming that the company breached its duties under ERISA by offering over-priced mutual funds in its plan when less costly but otherwise equal options existed. In other words, Edison breached its fiduciary duty to its workforce by picking overpriced funds for workers’ retirement plans.

ERISA – short for the Employment Retirement Income Security Act – carries a 6 year statute of limitations. A trial court judge tossed the workers’ lawsuit saying the mutual funds had been selected more than 6 years prior to bringing suit. A federal appeals court would later uphold the dismissal. According to those decisions, the 6 year clock began running when the company picked the funds.

Undaunted, Tibble and his cohorts asked the Supreme Court to review. In their view, why should a new employee be penalized because years earlier the company picked bad investments. In a stunning and unanimous decision, the Supreme Court agreed.

All nine justices ruled that employers have an ongoing duty to monitor their 401(k) plans and that the 6 years starts from the last day the employer was required to monitor.

For many employers, that means there is no statute of limitations.

While a very important decision, the Supreme Court didn’t squarely address the scope of a plan administrator’s duty to continually monitor. While the unanimous decision suggests the court recognizes a continuing duty under ERISA, little guidance was offered meaning more lawsuits until the duty is clarified.

We suspect that many employers have no plan in place to monitor investment choices and fees. Those that do have a procedure may not have documented how their reviews took place. While no employer can guaranty the performance of a company 401(k) plan, ERISA makes clear an employer or plan administrator’s obligation to discharge its duties “with the care, skill, prudence, and diligence that a prudent person acting in a like capacity and familiar with such matters would use.” Picking a mutual fund and never revisiting the plan again just doesn’t work anymore.

Congress passed ERISA in 1974. Its goal is to protect the participants and beneficiaries of employee benefit plans. An attractive feature is a provision that can award legal fees in certain cases. Without the fee shifting provision, it would be virtually impossible for aggrieved workers to fight big corporations.

Have questions on ERISA or think that your employer is not properly following the law? Give us a call. For more information, visit our ERISA information page. Want to know if you have a case? Contact us online, by email or by telephone at (202) 800 9791. All inquiries protected by the attorney – client privilege and kept strictly confidential.