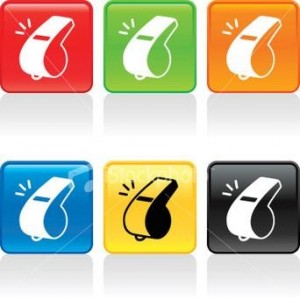 The U.S. Department of Justice has intervened in three federal False Claims Act lawsuits filed around the country against HCR ManorCare. All three suits say the company billed Medicare and Tricare for rehabilitation services that were not medically necessary. ManorCare is one of the largest operators of skilled care facilities. It operates in at least 30 states.

Prosecutors say that HCR ManorCare pressured the administrators of individual skilled care facilities (nursing homes and rehabilitation facilities) to meet certain billing goals. That meant the administrators and therapists often provided services to patients that didn’t need them. The government said the company did this solely to boost profits and not out of any concern for patient well-being or safety.

Therapists and managers that didn’t go along with the program risked getting fired. Prosecutors also claim that some patients were kept in nursing homes longer than they needed to be simply so they could receive unnecessary care and treatments.

All three lawsuits were brought by whistleblowers under the False Claims Act. That law allows whistleblowers to keep up to 30% of whatever the government recovers from wrongdoers.  When the government intervenes in this case as it did here, awards are typically 16%. Damages in these cases could be in the tens of millions of dollars.

Although the cases involve whistleblowers from several states, all three have been consolidated in Virginia. One of the cases was centered in the Detroit area, long a hotbed of Medicare fraud. Detroit’s U.S. Attorney Barbara McQuade said, “Medical providers will be held accountable when they exploit patients for profit by subjecting them to therapies they don’t need and then billing Medicare for reimbursement.”

In announcing the government’s intervention, a Justice Department official added,

“The Department of Justice is committed to ensuring that healthcare providers who pressure their employees to provide medically unnecessary services to Medicare beneficiaries and Tricare recipients, solely to increase their own profits, are held accountable.  We will not relent in our efforts to stop these false billing schemes and recover funds for federal healthcare programs.”

The FBI is leading the investigation with help from state authorities in Michigan, Virginia, Ohio, Florida, Iowa, California, Delaware and Maryland. If state Medicaid monies are implicated, ManorCare could be forced to reimburse the states as well.

Last year the federal government awarded $635 million to whistleblowers. Our clients have received over $100,000,000.00. Since 2009, the False Claims Act has been used to recover $24 billion for taxpayers, of which approximately $15 billion is attributable to Medicare fraud cases. These figures don’t include last year’s massive $16 billion recover from Bank of America which was paid after the close of the government’s fiscal year.

What does all of this mean?

These cases are proof that whistleblowers can make a difference. Hundreds of people have received awards but there are very special steps that need to be followed in order to receive an award. These include filing a sealed lawsuit in federal court.

As with all recently filed complaints, we warn readers that the claims against HCR ManorCare are mere allegations at this point. The company has not been found guilty of any wrongdoing and will probably not have its day in court until 2016.

Do you have inside information about Medicare fraud? To date we have helped whistleblowers recover over $100 million in awards. Our goals are to empower ordinary healthcare workers and help them stop fraud. We also work to insure our clients receive the maximum rewards possible.

For more information, contact attorney Brian Mahany at or by telephone at (414) 704-6731 (direct). All inquiries kept strictly confidential and protected by the attorney – client privilege.