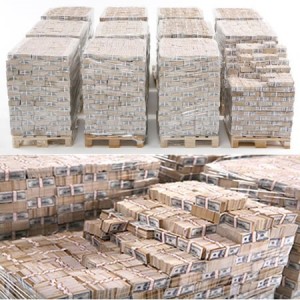 Standard & Poor’s Financial Services agreed this week to settle charges brought by the U.S. Justice Department. The company must pay a fine of $1,380,000,000.00 as part of the settlement. The government had accused the rating agency of inflating the ratings of certain securities including residential mortgage backed securities (RMBS) that later turned out to be toxic.

Billion dollar cases are becoming commonplace these days. (We were one of the three lead law firms that helped bring the record breaking $16.65 billion case against Bank of America last year.) What is noteworthy about these billion dollar cases, however, is the sudden emergence of the Financial Institutions Reform Recovery and Enforcement Act – FIRREA – as the government’s primary enforcement tool.

Congress originally passed FIRREA in 1989 in reaction to the savings and loan crisis of the 1980’s. It’s enforcement provisions were largely unused, however, until very recently.

FIRREA allows prosecutors to recover civil penalties for what is otherwise criminal behavior. The Justice Department loves the law because it carries a low burden of proof and long 10 year statute of limitations.

A series of court decisions from New York in 2013 broadened the scope of the law and said banks could be prosecuted even when they were the ones suffering the harm. Since then, FIRREA has been used to extract billions of dollars from S&P, Bank of America, Wells Fargo and JPMorgan Chase.

A little known provision of the law allows whistleblowers to receive up to $1.6 million of any money collected by the government. The whistleblower awards available under the federal False Claims Act are much higher but FIRREA claimants are much more likely to remain anonymous.

Before announcing his departure, Attorney General Eric Holder asked Congress to remove the cap on FIRREA awards so that more whistleblowers come forward.

Only a handful of law firms handle FIRREA whistleblower cases. We don’t recommend it when the False Claims Act is available but it can prove to a valuable resource for whistleblowers when other options are not available. To qualify, however, one must still show damage or impact on a federally insured bank.

MahanyLaw is a full service law firm concentrating in FIRREA and False Claims Act cases. Think you have inside information about fraud involving a government program or federally insured bank? Give us a call and speak to an experienced whistleblower lawyer. All inquiries kept in strict confidence and protected by the attorney – client privilege. For more information, contact attorney Brian Mahany at or by telephone at (414) 704-6731 (direct).

Five men are behind bars after being convicted of blatant fraud against taxpayers and the United States. According to court … END_OF_DOCUMENT_TOKEN_TO_BE_REPLACED