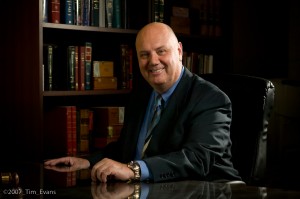 The Dark Side of Becoming a Whistleblower

There is a wonderful feature article in the Financial Times by William Cohan. The article starts with these words, “Whistleblowing is not for the fainthearted, especially on Wall Street.” Are those words true? Unfortunately, in many cases they are.

President Obama and many politicians publicly praise whistleblowers who expose corruption and fraud but industry hates them. Many get fired or relegated to some remote corner of the company where they can do little damage. Some of the larger Wall Street players have figured out it is bad business to fire whistleblowers (it is also against the law) and that they have more control over them if they remain employed. Instead of firing them, they send them home with full pay and benefits but isolated and with no hope of advancement.

Cohan interviewed three whistleblowers from big banks. All three tried to report their finding internally before going to regulators. And all three felt ignored when they brought their concerns to management. All were apparently fired or quit in frustration.

Their ordeals are unfortunately common.

So is there hope? Absolutely.

Most whistleblowers that we represent come forward simply because they wish to do the right thing. Ultimately, most believe they did the right thing by coming forward but many did not expect the difficulties they would face. Depending on the industry and one’s position, finding employment can be difficult if one is labeled a whistleblower. Obviously an entry level clerical worker will find it easier to obtain a new job than a senior executive.

We truly believe that whistleblowers are the true American heroes. Our country is desperate for heroes in the business world and the brave men and women who stand up and become whistleblowers certainly fit the bill. Although most of the folks we work with find the ordeal was worthwhile, most will also tell you that they were little prepared.

As a former state revenue commissioner and white collar prosecutor, I can say first hand that most successful large audits or fraud prosecutions wouldn’t be successful without some help from the inside. Cohan quotes former New York Attorney General Eliot Spitzer as saying this about whistleblowers, “We cannot make the complicated cases or begin to see the difficulties there without people who come forward to discuss what is going on that’s improper. So we desperately need them.”

Whistleblowers under the new Dodd Frank reforms can remain anonymous. That helps some people come forward although we have seen the big banks perform computer audits and often out the identities of whistleblowers.

The much larger (and more established) federal False Claims Act keeps whistleblower identities secret for a time but once the government’s investigation is over the whistleblower is revealed.

The flip side, of course, is that both the Dodd Frank and False Claims Act (and some other laws such as the Financial Institutions Reform Recovery and Enforcement Act – FIRREA) can result in whistleblower awards in the millions. Under the False Claims Act, some awards have exceeded $100,000,000. With an award that size, whistleblowers need not worry about their jobs. Very few people get awards that large, however.

Cohan’s excellent article does a great job of showing the realities of becoming a whistleblower. Don’t expect coworkers and bosses to consider you a hero. Some will secretly admire you, many will respect you but few will thank you. Worse, you could find yourself banished from a position you may have loved. Having met or represented many whistleblowers, most have told us they would do it again although they would not be so naive the second time around.

To become a whistleblower, most laws require you to have original information about fraud or corruption. We help whistleblowers obtain the maximum compensation possible and insure that their claims are properly heard and investigated. Given the revolving door between Wall Street and Washington, that can sometimes be difficult. If you decide to come forward and take a stand against fraud, make sure you have a good whistleblower lawyer. He or she could make all the difference in the world including the difference between getting a reward or receiving nothing.

For more information about our cases and what we do, contact attorney Brian Mahany at or by telephone at (414) 704-6731 (direct). All inquiries are kept in strict confidence.