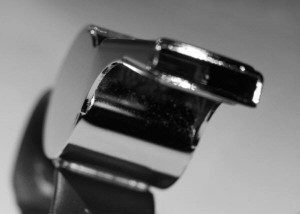 “The SEC’s mammoth whistleblower bounty offers a reminder that financial institutions should emphasize a culture of compliance and transparency, lest frustrated employees head to the government to find an audience that will listen.” That’s the opening line in an article published today by American Banker, the leading financial services trade publication. There is a touch of irony in that story and it’s timing, earlier today I was asked by a CNN producer if I thought the days of the big whistleblower recoveries against banks were over.

Unfortunately, the answer is “no.”

Money corrupts. Obviously not every business or bank is corrupt but greed and avarice drives some folks within organizations to make foolish decisions.

We solve one problem and new ones sprout.

If it is wasn’t for whistleblowers, much of that $160 billion would never have been collected. Even though new frauds emerge, the cost of these lawsuits is starting to wear down banks. More importantly, bank shareholders have grown less tolerant.

As I write this post, the Federal Reserve Bank of New York is considering ways in which to penalize bank officers when banks break the law.

Some critics of the Justice Department and bank regulators say that record fines are nothing more than a “cost of doing business.” These folks generally want to see more criminal prosecutions of the bankers responsible for fraud. The N.Y. fed may have a novel compromise. If a bank is found to have violated the law, fine not only the bank but dock the CEO’s pay. That tactic may go along way to cleaning up problems.

Of course, we also agree with American Banker, it may be easier and cheaper for banks to simply foster a culture of compliance and transparency. All of the whistleblowers we have represented first tried making their concerns known to management, however. Each of those folks was ignored.

Most whistleblowers don’t run to the government or a whistleblower lawyer first, instead they first try to address the problems internally. Huge penalties, huge awards and personal accountability by officers is the stick needed to see increased compliance.

We have represented whistleblower in some of the largest cases in the United States. Have questions or want more information? Give us a call. All inquiries are kept in complete confidence, even if you don’t hire us. For more information, contact attorney Brian Mahany at or by telephone at (414) 704-6731 (direct).