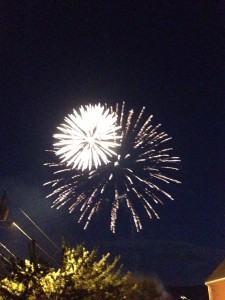 Whistleblowers Deserve Their Place in History as Patriots and Heroes

July 4, 1776 – Thomas Jefferson, Ben Franklin, John Adams, Robert Livingston and Roger Sherman penned these words – “We hold these truths to be self-evident, that all men are created equal, that they are endowed by their Creator with certain unalienable Rights, that among these are Life, Liberty and the pursuit of Happiness.” Those are the opening words of the Declaration of Independence yet 238 years later many wonder whether the power of certain corporations have made people and even government less than equal.

Not all corporations are bad and even in the largest and worst corporate citizens, most employees are honest, hard working people trying to earn a living and do the right thing.

Unfortunately, in recent years the gap between “the haves and have nots” has widened considerably. At the center of this gap are huge corporate giants – and the people who control them – that have lost their way. It is still very possible in the United States to go from rags to riches, however. And we haven’t lost all of our heroes either.

The spirit of Jefferson and Franklin and all those original American patriots lives on. American soldiers still enlist to fight tyranny worldwide. Volunteerism is evident everywhere one looks. And a new crop of American heroes is emerging – corporate whistleblowers.

We represent many whistleblowers. Folks who see banks intentionally writing bad loans knowing that the government (meaning taxpayers) will bail them out. Healthcare companies billing for services not performed or medically unnecessary (while millions struggle to afford healthcare). Companies that build bridges with unsafe and falsely labeled imported steel.

We enjoy representing these folks. And we are glad to see that Abraham Lincoln’s federal False Claims Act law is still on the books over a century later. This is the law that allows whistleblowers to recover up to 30% of whatever the government collects from those that commit fraud.

When I was a child, we looked up to bankers. While most banks still provide valuable services, some of the country’s largest banks – the so called “too big to fail” or “too big to care”  have lost their way. Whistleblowers in these banks, however, have helped the government and taxpayers collect back tens of billions of dollars in recent years.

Many of our heroes today are soldiers fighting in far off lands. Some of those folks have unfortunately paid the ultimate sacrifice and we remember them this weekend. Other heroes such as Ben Franklin are firmly embedded in the fabric of our nation. As we learned from Ben Franklin sometimes heroism comes from words or deeds and not the sword.

Without taking anything away from our soldiers, firefighters, police officers and aid workers working in less than ideal conditions, lets remember the brave men and women in corporate America who find the courage to stand up to fraud in the workplace. This post is dedicated to corporate whistleblowers. Thank you for your often unrecognized acts of courage.

Mahany & Ertl is a boutique law firm that represents whistleblowers in False Claims Act, IRS, SEC and FIRREA cases. We represent the whistleblower in one of the largest fraud cases currently pending – HUD’s $2.4 billion claim against Allied Home Mortgage. If you want more information or think you might have information about a fraud involving taxpayer monies, give us a call. All inquiries are kept in strict confidence. For more information, contact attorney Brian Mahany at or by telephone at (414) 704-6731 (direct).