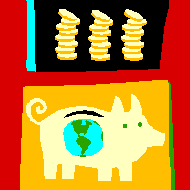 Can a foreign national obtain a whistleblower award from the United States for conduct that occurred entirely overseas? Think the answer is “no”? Keep reading!

Technically, there is nothing in any of the major whistleblower compensation laws that limits awards to U.S. citizens. Until recently, however, the recipients have all been Americans or dual nationals. That just changed when the SEC awarded $30 million to a foreign national.

The SEC is being pretty tight lipped about its recent $30 million whistleblower award. We do know, however, that the recipient is a foreign citizen. Even more amazing, the activity giving rise to the award apparently occurred overseas.

The major whistleblower award programs include the SEC and IRS whistleblower programs, the False Claims Act and FIRREA (Financial Institutions Reform Recovery and Enforcement Act). These laws allow the government to compensate whistleblowers a percentage of whatever the government collects from wrongdoers. Each of the laws is a bit different but the awards can be in the millions.

There is no limit on the size of the award, except for the FIRREA statute which caps award payments at $1.6 million.

Until now, the ability of foreign nationals to collect whistleblower awards was in doubt. Last year a federal court in Manhattan ruled that Meng-Lin Liu, a Taiwanese national, was not entitled to whistleblower anti-retaliation protections. In ruling against Liu, the court said that “unless there is an affirmative intention of the Congress clearly expressed to give a statute extraterritorial effect, we must presume it primarily concerned with domestic concerns.”

The SEC has now ruled, however, in a new case that the court’s prohibition on extending anti-retaliation provisions to events occurring offshore does not prevent the agency from paying awards to foreigners and for events that took place offshore. The SEC’s decision is a major victory for whistleblowers worldwide.

The SEC’s whistleblower program is very new and has been slow to pay out awards. Well over a billion dollars in compensation, however, has been paid out through the federal False Claims Act, a law that dates back to the U.S. Civil War.

The IRS program is available to people with information about people or businesses cheating on US taxes. FIRREA covers misconduct that adversely affects a federally insured bank.

Think you have information that may entitle you to an award? Give us a call. We have represented whistleblowers in several, billion dollar cases. We help you stop fraud and corruption while also insuring that you collect the maximum whistleblower award possible.

For more information, contact attorney Brian Mahany at * or by telephone at US (414) 704-6731 (direct). All inquiries kept in strict confidence.

*Think you may have a claim? Don’t email from a work computer or email address.