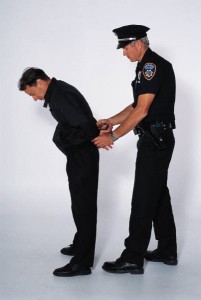 New details emerged this week at the trial of Raoul Weil, a former senior executive of UBS accused of conspiracy to help Americans avoid FBAR filings on their unreported Swiss accounts. Previously we reported on the testimony of Hansreudi Schumacher, a former colleague of Weil’s who claimed Weil knew that UBS bankers were actively helping American taxpayers hide their offshore accounts from the IRS.

Georg Marti, a former UBS client representative, testified that in 2002 Weil was present for meetings in Miami where clients were told how to hide accounts from the IRS. During one of those meetings Marti reportedly told one bank customer, “It would be better to swim in a pond with 20,000 other fish than in a pond with 100 fish because the chances of being detected would be dramatically lower.” Marti says he was referencing detection by the IRS. Marti could not recall what, if anything, Weil said during those meetings.

On cross examination, Weil’s attorney questioned why this information was never previously disclosed to prosecutors. A plea deal Marti received just days earlier was also reveald to the jury. That deal gives Marti a pass on criminal prosecution in return for his testimony against Weil.

Marti claims that UBS went to extensive lengths to insure customer data would not fall into the hands of the IRS. His testimony is worthy of a spy movie. UBS advisers travelling to the U.S. were told to constantly switch hotels to avoid detection. They also carried special encrypted laptops. Client data was hidden in a drive diguised as a solitaire game. One keystroke could instantly destroy the data if custom agents sought to examine the computer.

Thus far three former US clients testified about the help they received from UBS to hide accounts. One witness said a UBS banker helped him set up nominee entities in Liechtenstein and Hong Kong to better conceal his accounts. None of the witnesses testified that Weil had direct knowledge of their activities, however.

Weil is the most senior bank executive yet to be prosecuted by the Justice Department and IRS. Prosecutors say that Weil oversaw a conspiracy that helped Americans avoid reporting over $20 billion to the IRS.

Federal law requires taxpayers to report offshore bank and other financial accounts. Reporting is done both on one’s income tax form (Schedule B) and on a Report of Foreign Bank and Financial Accounts – FBAR for short. The willful failure to file an FBAR is a crime punishable by up to 5 years in prison. Although relatively few taxpayers have been criminally prosecuted, huge civil FBAR penalties are the norm.

The IRS is offering a streamlined amnesty program for those who are delinquent on their FBAR filings.

Need more information about FBAR filings, FATCA or other offshore reporting issues? Contact attorney Bethany Canfield at or by telephone at (414) 223-0464. All inquiries are protected by the attorney client privilege and kept in confidence.